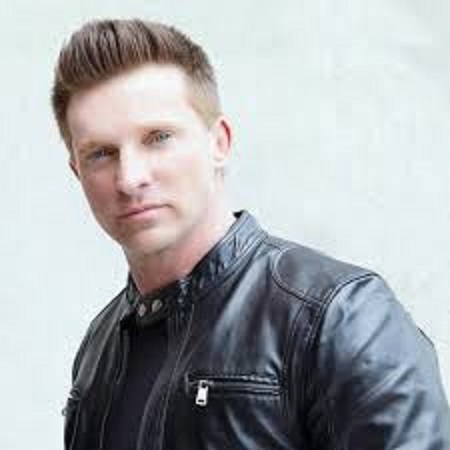 Steve Burton is an American actor best known for playing the role of Jason Morgan on ABC soap opera General Hospital from 1991 to 2012 and from 2017 to present, and the role of Dylan McAvoy on CBS soap opera The Young and the Restless from 2013 to 2017. He has been married to his wife Sheree Gustin with who he shares three children. His net worth is $3 million.

Steve Burton was born as Jack Stephen Burton on June 28, 1970, in Indianapolis, Indiana, the United States of America, to his father Jack Burton and mother Tory Burton, who is an optician by profession.

His parents are now divorced. He was raised along with his two brothers Damian Burton and Eddie Burton. He was raised in a Cleveland suburb called Richmond Heights before he moved to Hollywood.

He is of American nationality and belongs to white ethnicity. As for his height and weight, Steve is 5 feet 11 inches and 74 KG respectively.

As for his educational background, Steve completed his graduation from Beverly Hills High School in Beverly Hills, California.

Steve Burton made his acting and film debut with a minor role of local FBI agent Ithaca in the sci-fi thriller film, The Manhattan Project, in 1986.

He has since appeared in several other films such as Cyber Tracker, Cyber Tracker 2, The Last Castle, Semper Fi and Final Fantasy VII: Advent Children.

He made his television debut with the NBC hit sitcom, Out of This World. He played the role of Chris Fuller in 60 episodes of the series from 1987 to 1991.

Later in 1991, he appeared as Jason Morgan in the ABC hit soap opera, General Hospital. He starred on the show until 2012 and during that period he worked alongside  Chad Duell, Kirsten Storms, Dominic Zamprogna,  Steve Burton, Laura Wright, Maurice Benard, Genie Francis and Kelly Monaco on the show.

He returned to General Hospital in 2017 and ever since he has been starring on the ABC series.

He has also played the role of Dylan McAvoy on CBS hit soap opera The Young and the Restless from 2013 to 2017. His other television credits include Days of Our Lives, Who's the Boss?, Taken and Secret Bodyguard.

Steve Burton is a successful film and television actor and he earns a huge amount of money from his acting career. He has an estimated net worth of $3 million, according to the Celebrity Net Worth website.

The exact salary of Steve Burton is unavailable but according to some online sources, cast members who have been on General Hospital for 5 to 10 years earn $1,500 to $3,000 per episode.

Additionally, according to the TV Over Mind website, a star on The Young and the Restless makes up to $1000 per episode on average.

Moving towards the personal life of Steve Burton, the 49-yea-old actor is a married man. He has been married to his loving wife Sheree Gustin. The couple tied the knot in a beautiful wedding ceremony in 1999. 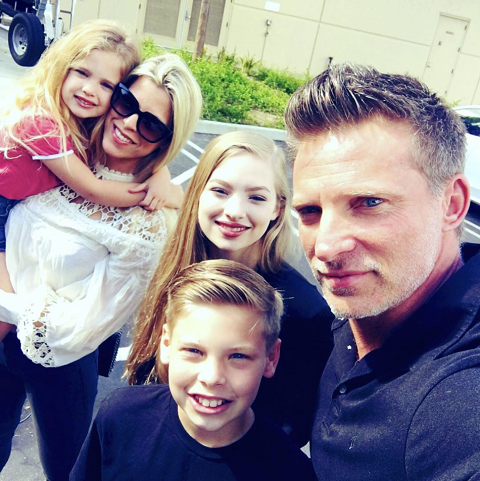 Steve had appeared on the third season of High Stakes Poke, and donated his earnings to his fan club for a clubhouse building.