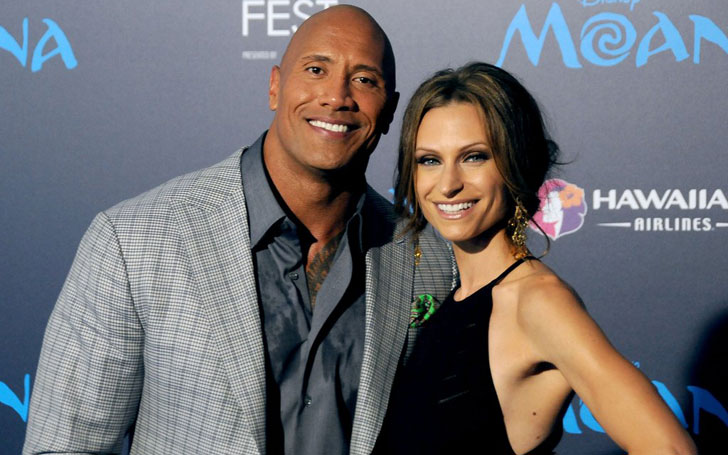 Dwayne Johnson is one of the leading faces in the field of acting. He is also a producer and semi-retired professional wrestler.

The man of all parts Johnson has been in a relationship with his long-time girlfriend Lauren Hashian. The couple is expecting their second daughter.

It's another girl for the former WWE Champion Dwayne Johnson!!!

The 45-year-old wrestler and actor Dwayne Johnson and his girlfriend are expecting their second child together. Johnson took to his Instagram announcing the good news where he took a photo of his daughter, Jasmine.

Johnson captioned the photo as,

Our Jasmine Lia would like to make a big announcement - IT'S A GIRL. (Girlfriend Lauren Hashian_ and I are boundlessly grateful for this blessing as this spring we’ll welcome our second baby.

It will be Johnson's third daughter. He is already dad to 16-year-old Simone Alexandra Johnson with his ex-wife Dany Garcia and Jasmine who will turn two later this week.

Johnson's first daughter Simone was recently named the 2018 Golden Globe Ambassador, and she attended the Golden Globe nomination announcement on Monday. After Simone attended the event, the proud father, Johnson congratulated her with sweet words of applause on an Instagram post.

Talking with People last year, Johnson shared his emotions about fatherhood where he said,

Rock also opened up about his beautiful chemistry with his girlfriend Hashian, 32. He said,

We've got a great chemistry and a great flow. And I think being busy, as busy as I am, there's that old adage: You want something done, give it to a busy person.

I think being busy for me really helps in parental duties- being in a rythm of go all day and being able to come home and do the bath time, the diaper duty, the feeding time.

Johnson and girlfriend Lauren Hashian has been together since 2007. The couple began dating soon after Johnson's divorce with his ex-wife Dany Garcia in 2006. His longtime girlfriend Lauren is the daughter of Boston drummer Sib Hashian.