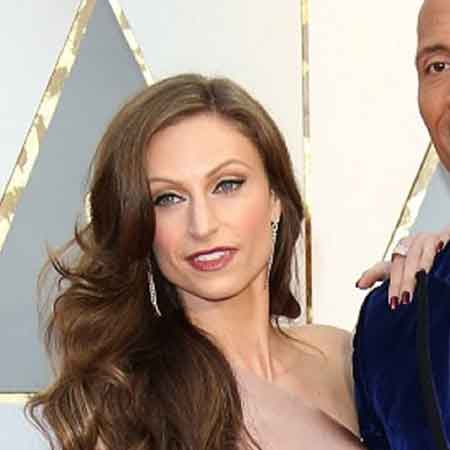 Lauren Hashian is a popular American singer and songwriter, who is mostly known for her works at the SoundCloud, music platform. She released her hit single Go Hard in the year 2016 and has also been credited for songwriting ability in the song Only You, by YaBoi Shad. Apart from being a hardworking musician, Lauren is also known for being the daughter of American drummer Sib Hashian as well as as the wife of Dwayne Johnson "The Rock".

Luren Hashian was born on the 8th of September in 1984 in the city of Lynnfield, Massachusetts in the United States to parents Sib Hashian and Suzanne Hashian. Her father is a world-famous musician, who played drums for the band Boston and her mother worked at the Dallas Playboy Club.

She is of American nationality and her ethnicity is mixed comprising of Armenian, Danish and German ancestry.

Lauren has two other siblings, a brother named Adam Hashian and Aja Hashian, also a songwriter. She has not disclosed any information regarding her academic qualifications.

Growing up, Sib Hashian played a huge role, modeling his child's career and Lauren Hashian ultimately became a singer. She started her professional career as a singer in SoundCloud, music, and podcasting streaming platform.

Lauren has released several singles on Soundcloud in collaboration with her sister Aja Hashian.

She has been featured in YaBoi Shad's song Only You (2011), which Lauren co-wrote with her sister. Her hit single Go Hard was released in 2016.

She was also one of the top finalists at the R U the Girl? , an American reality show hosted by Rozonda "Chilli" Thomas and Tione "T-Boz" Watkins and that aired on the UPN network in 2005. Unfortunately, she didn't win the competition.

She has also done a couple of stage performances with her late father, Sib Hashian, and has also sung for Ernie and the Automatics, a blues-rock band, to which her father was associated.

Lauren Hashian has an estimated net worth of $5 million as of 2018. Although the sources of her income are quite unclear, it can be assumed that she earned most of her wealth from her works as a singer and songwriter.

Her partner Dwayne Johnson has an estimated net worth of $320 million and is known to be the highest-paid actors in Hollywood.

Lauren Hashian gained stardom when she became the girlfriend of Dwayne "The Rock" Johnson. The couple started dating after their first meeting in 2006 at the set of The Game Plan, starring Kyra Sedgwick.

The couple hasn't really decided on getting married yet, but they share two daughters together; Jasmine born on the 16th of December, 2015 and Taina Gia, born on the 17th of April in 2018. The duo is quite happy with each other and resides at Southwest Ranches in Florida.

Hashian and her husband Johnson tied the knot on 18th August 2019. They organized their wedding ceremony in PÅmaikaÊ»i, Hawaii. The couple documented their big day posting a slew of beautiful photos on their social media.

In April 2018, talking to Entertainment Tonight, Johnson said they had planned to get married that spring, however, they postponed their wedding after Lauren got pregnant with their second child, Tiana.

Apart from this, Lauren Hashian is not known of having other previous relationship but Dwayne was previously a married man and was a husband to Dany Garcia from 1997 till 2008.