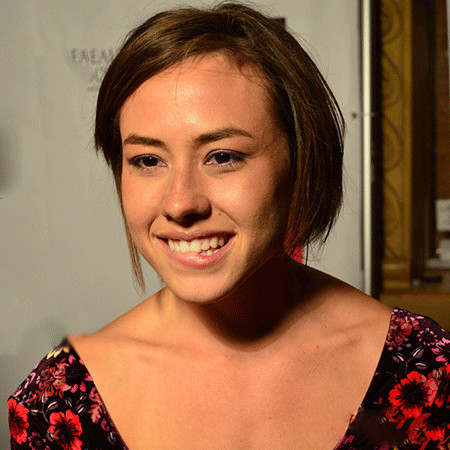 Dora Madison Burge aka Dora Madison, an American actress, is best known for her roles in the movies like Seven Days in Utopia and The Loft. In 2005, she made her acting debut in a short film Dear Viddy. From 2009-11, she played a mainstream character in a drama series Friday Nights Lights. From 2015-16, she featured in a lead role in an action drama series The Chicago Fire and Chicago Med- third installment of Chicago's franchise. In 2017, Madison appeared in a horror film Night of the Babysitter, a crime-horror movie, alongside Bill Oberst Jr., Barrington Vaxter, Anthony Cortese and Billy Singhas.

Dora Madison Burge was born on October 17, 1990, in Hutto, Texas, United States, under the birth sign Libra.  She was raised in Texas along with her six siblings. She is the youngest among them.

Dora Burge’s nationality is American and ethnicity is White-American. Burge attended the Round Rock Christian Academy and later she enrolled at the University of North Texas. Burge deferred from the University to pursue her acting career.

Madison Burge made her acting debut in a short film Dear Viddy in 2005, where she played the character of Hasna. A year later, she appeared in the movie Jumping Off Bridges. Burge’s one of the most noticeable movies came in 2011, where she was featured in a lead role in the movie Seven Days in Utopia.

Talking about her television appearance, Dora Burge is widely known on the television screen for her appearance in an American drama series Friday Night Lights. She appeared in a recurring and main cast in the series from 2009-11.

Burge is also known for her appearance in the American science fiction romantic drama Star-Crossed where she has appeared in the character of Zoe. From 2015-16, Burge enacted Jessica 'Chili' Chilton in an action drama series The Chicago Fire alongside Jesse Spencer, Taylor Kinney, Monica Raymund, Lauren German, Teri Reeves, and other stars. She also reprised her role in a medical drama The Chicago Med from 2015-16.

In 2017, the actress appeared in a series What would Diplo do?

Dora Madison Burge has a net worth of $3 million. She earns a huge amount of money from her career. According to a source, TV stars averagely earns between $150K-$1 million as per their popularity and experience. So, she also earns somewhere in the above range.

Burge stands 5 feet and 9 inches tall and has a perfect body with curly hair and brown eyes. Burge has a perfectly maintained body measuring 32-24-34.

Dora Madison is an unmarried woman. Dora Madison Burge is a confident star actress and has proven her worth on several platforms. As Burge has not mentioned any words about her affair to the media, it can be assumed she loves to keep her personal life to herself.

In the past, there were rumors about her dating with  American actor Taylor Kitsch but the news was not confirmed by either of them. Currently, Burge’s relationship status is single.  She doesn't have a boyfriend.