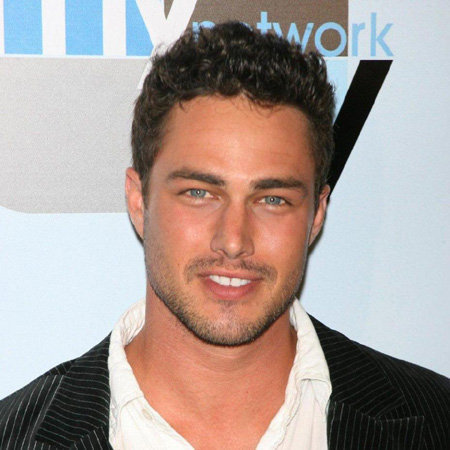 Taylor Kinney is an American actor and model best known for his portrayal as Mason Lockwood in an American supernatural drama, The Vampir Diaries. His other notable roles include Jared in Zero Dark Thirty, Phil in The Other Woman, and Lieutenant Kelly Severide in Chicago Fire, Chicago P.D., and Chicago Med.

He has been in a relationship with singer-songwriter Lady Gaga. The pair started dating in July 2011. They became engaged in February 2015 and called off their engagement in July 2016.

Taylor Kinney is an American model/ actor who was born on the 15th of July, 1981 and is currently 34 years of age. He was born in Pennsylvania to his mother Pamela Heisler, a dental hygienic, and his father Daniel Kinney who was a banker.

He was born as the couple’s one of the four children and was raised in Neffsville along with his brothers: Adam, Ryan, and Trent. After his parents got divorced, he was taken by his mother and her parents and lived with them.

A sad turn of events occurred in September of 2008 when his brother Ryan Kinney died at a young age, which left his mother broken and devastated. Although his parents had separated, however, they were still in touch and Taylor had good relationships with him too.

Growing up, he attended the local Lancaster Mennonite School, where he was a shy and quiet kid. Not very active in other activities, he was into the theatre group and often played in one role or another. A good and bright student in the class, he didn’t seem to lack confidence but instead stayed isolated from others which bothered his teachers somewhat.

Upon graduating his high school. Taylor attended West Virginia University where he studied Business Management. But having studied there for two years, he quit his college and went to Hawaii where he lived and worked as a carpenter. A follower of Christianity, Taylor is an American citizen by nationality and belongs to the white ethnicity.

Upon returning to the USA, he had developed some carpenter skills apart from his acting talents. So, he started to search for some acting jobs and grabbed some opportunities in some n=minor roles. His first notable role came in 2006 when he played the role of Luke Gianni in the TV show Fashion House, which was aired on My Network TV.

He immediately got the role of Glenn Morrison in NBC’s Trauma. His most popular role till now came in The Vampire Diaries; a supernatural show relating the lives of Vampires where he played the role of Mason Lockwood since its second season.

Taylor Kinney's Net Worth And Salary

Taylor Kinney's net worth is $8 million at present. He has earned a huge amount of salary from his career. He has worked in different movies and tv series in his career. He has appeared in the movie such as Zero Dark Thirty, The Other Woman, Consumed and Best Day of My Life.

He has bought Near West Side Condo for $1.2 million. He paid $1.225 million for a two-bedroom, 3,380-square-foot condominium unit on the fourth floor of a Near West Side loft building.

He was seen in a music video of the song You And I by Lady Gaga. The two got close and rumors regarding their affairs came out in the media, although both parties didn’t feel it necessary to explain.  Later in 2012 the couple confirmed their relationship and came out publicly with an answer to all the questions. As of recent times, they have been engaged since February of 2015.

In order to know more about Taylor, you can go and visit his Twitter account or also follow him on the Instagram account. In order to know about his life and career, you can read his biography online on Wikipedia or IMDB. Regarding his personal life, he has dated some famous women and his affairs have been known to the world.

His first girlfriend was model Brittany Sackett with whom he was with from 2009 till 2011. Then in 2011, the couple broke up and Taylor was reportedly seen with Lady Gaga, and the couple came out with confirmation about their romance.