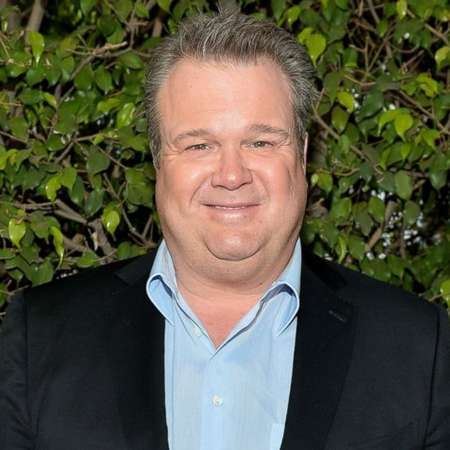 Actor Eric Stonestreet is known best for the portrayal of the character of Cameron Tucker in the ABC comedy show Modern Family. This role has led him to critical acclaim and he has won awards for the role too. His career and bio details are searched avidly by fans around the world.

Eric Stonestreet was born on the 9th of September, 1971 to mother Jamey Anne and father Vincent Anthony Stonestreet. He belongs to American nationality and his ethnicity is White.

Eric was born in Kansas City and reportedly wanted to become a clown as a child leading him to create an Auguste clown named Fizbo. He has enrolled in the Piper High School as well as the Kansas State University for his studies and has also trained in The Second City Training Center.

The most notable role of Stonestreet up to date has been the portrayal of Cameron Tucker in the ABC comedy Modern Family. He plays the character of a gay guy and has also won two Emmy Awards for Outstanding Supporting Actor in a Comedy Series for the role.

He has also been nominated thrice for the same role. Apart from this, another of his notable role includes acting as Ronnie Litre on Crime Scene Investigation.

Eric’s other roles include acting in Malcolm in the Middle, Dharma, and Greg, American Horror Story, Pushing Daisies, Greg the Bunny, Close to Home, Crossing Jordan, Nip/Tuck, NCIS, Monk, Sin City, etc. his film role debut was on the year 2000.

He played the role of Sheldon in Almost Famous. After this, he got the chance to portray Dr. Benson in Girls Will be Girls. He has since appeared in The Island, Ninja Cheerleaders, On the Lot, Bad Teacher, etc.

Eric Stonestreet's Net Worth And Salary

According to celebrity net worth, Eric Stonestreet's net worth is $23 million at present. He earns a salary of $190 thousand per episode from his career. His annual salary was $12.5 million in 2017. Eric had a net worth of $17 million in the past.

He appeared in a series of advertisements for Australian retail store Big W, in 2013, and in the fall of that same year, Stonestreet played the Fan Coach in the AT&T Be A Fan commercial series that ran during the college football season.

Eric Stonestreet is not married yet. There are rumors about his sexuality. Despite his gay role in movies and TV series, the actor is straight in real life. Back in 2017, it was reported that he was in a relationship with a pediatric nurse Lindsay Schweitzer. The couple met for the first time at the charity campaign. It is yet to confirm that he is still in a relationship with his girlfriend or not.

Stonestreet has portrayed a gay character but is actually straight in personal life. He, however, is an avid supporter of the LGBT community. Stonestreet Has had a successful career but his personal life details are safely tucked away.

He has been rumored to be dating Bethenny Frankel after having been seen together on several occasions. Neither of the pairs has confirmed the rumors regarding their dating but has never denied it. It thus seems that they are having an affair and that she is his girlfriend.

Apart from this, Stonestreet has never been linked with anyone else. He has never been married and has no children yet. Thus according to tabloids, he seems to be single and has no spouse. Fans can sure hope to get more insight into his personal life soon.