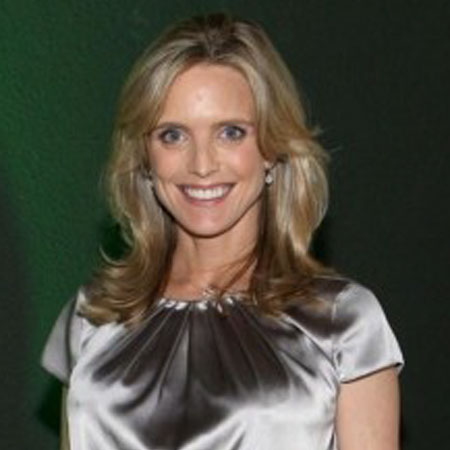 Melrose Place star Courtney Thorne-Smith is an American actress who is best known for her characters on Ally McBeal as Georgia Thomas and 'According to Jim' as a Cheryl. She made her film debut by appearing in the 1986 feature film drama Lucas.

Courtney Thorne-Smith was born on November 8, 1967, in San Francisco, California, United States. She was brought up in Menlo Park along with her older sister named Jennifer Smith who is an advertising executive.

Courtney Thorne-Smith belongs to white ethnicity and she is an American national. She is the daughter of Lora Thorne, was a therapist and Walter Smith who was a computer market researcher.

Courtney Thorne-Smithï¿½s parents divorced when she was only seven years old. After that, she spent her days with both parents at different stages. She got her graduation from the Tamalpais High School, in Mill Valley, California, in 1985 after attending Menlo-Atherton High School, in Atherton.

Courtney Thorne-Smith made her first appearance in the teen tragicomedy film Lucas in 1986, alongside Winona Ryder and Charlie Sheen as well. After featuring a number of movies, she also appeared in Sorority Wars in 2009 along with Lucy Hale and Amanda Schull.

In addition to her acting, Courtney Thorne-Smith also appeared in several TV series including Growing Pains and Fast Times as well.

She appeared on the FOX comedy-drama series, Ally McBeal, alongside Greg Germann and Calista Flockhart.

49 years-old, Courtney Thorne-Smith married to her boyfriend Robert Fishman on January 1, 2007. After that, actress Courtney and husband Roger became a parent of their first child, a boy named Jacob Emerson on January 11, 2008, when she was 40 years old.

Courtney Thorne-Smith gave birth a boy at Los Angelesï¿½s Cedars-Sinai Medical Center. The couple has been living a happily married life with their child since January 1, 2007.

Previously, Courtney Thorne-Smith was married to American scientist Andrew Conrad in 2000. Eventually, the couple couldnï¿½t last long and broke their marriage relationship in 2001 without any official reasons.

However, Courtney Thorne-Smith issued a brief statement after breaking their relationship,

"Andy and I have mutually decided to separate. There are no third parties involved. We remain good friends and will share custody of our dog." Further to add, she was involved in a relationship with Andrew Shue in 1992.

As a remarkable actress, Courtney Thorne-Smith has earned a plenty amount of net worth from her career, which is estimated of around $8 million.

Courtney Thorne-Smith looks gorgeous with her height of 5 feet 6 inches and her weight is 54kg. Courtney also has an attractive body with her body measurement of 34-23-34 inches.