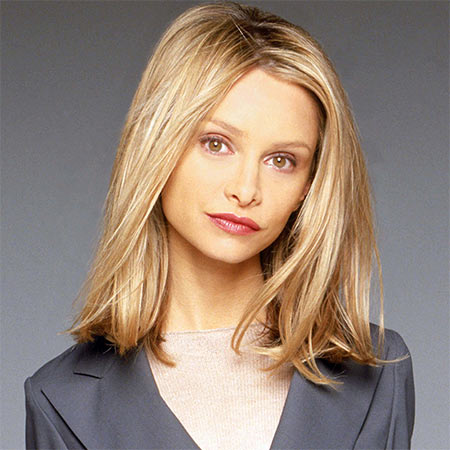 Calista Flockhart is an American actress. She is notable for roles on television series like ï¿½Brothers & Sistersï¿½, ï¿½Ally McBealï¿½, ï¿½Supergirlï¿½. Similarly, she has also been part of a number of movies including ï¿½A Midsummer Nightï¿½s Dreamï¿½ and ï¿½The Birdcageï¿½. Calista has also won Screen Actors Guild Award and Golden Globe Award and has been nominated for Emmy Award for three times.

Calista Flockhart was born on 11 November 1964 in Freeport, Illinois. She is the daughter of Ronald Flockhart, a Kraft Foods executive, and Kay, an English teacher. Currently, her parents are retired and reside in Morristown, Tennessee. She also has one elder brother Gary. As Calistaï¿½s father job required him and the family to move often, she and her brother were raised in several places such as New Jersey, Minnesota, Norwich, and New York.

Calista Flockhart went to Shawnee High School in Medford Township, New Jersey. After her graduation in 1983, she attended the Mason Gross School of the Arts at Rutgers University in New Brunswick, New Jersey.

Calista Flockhart graduated with a Bachelor of Fine Arts degree in Theatre as one of the few students who successfully completed the whole course. Her rise to stardom was slow and steady. She spent much of the 1990s doing small roles to pay for her basic needs and also fighting for progressively larger roles.

It was not until Calista Flockhart caught the eye of producer David E. Kelley in 1997 that she became a household name. David cast her in the lead role in his new series ï¿½Ally McBealï¿½. Though Calista, at first, hesitated to be the part of the series due to some necessary commitment to the show, she was swayed by the script and joined the cast of the show. The show became an immediate success.

She also won a Golden Globe Award for her role in 'Ally McBeal'. Further, she acted in two films on television as the Sa s sy lawyer, starring in ï¿½The Last Shotï¿½ and ï¿½Fragileï¿½.

Similarly, Calista Flockhart also performed in a starring role as Kitty Walker in the ABC critically acclaimed prime time series ï¿½Brothers & Sistersï¿½. In 2014, she landed a role in ï¿½Full Circles' on its second season as mob boss Ellen. Likewise, in 2015, she landed on television series ï¿½Supergirlï¿½ a Cat Grant. Apart from these , she has also appeared in several other television shows and movies such as ï¿½A Midsummer Nightï¿½s Dreamï¿½, ï¿½Things You Can Tell Just by Looking at Herï¿½, ï¿½The Last Shotï¿½, ï¿½Happily Ever After: Fairy Tales for Every Childï¿½, ï¿½The Penguins of Madagascarï¿½ and so on.

Calista Flockhart married actor Harrison Ford on 15 June 2010, in Santa Fe, New Mexico. The couple first met at the Golden Globe Awards on 20 January 2002. They became engaged on Valentineï¿½s Day in 2009 and after one year of their engagement, they got married. The marriage ceremony was presided over by New Mexico Supreme Court Chief Justice Charles W. Daniels and Governor Bill Richardson. Calista and her husband have one son adopted son together named Liam.