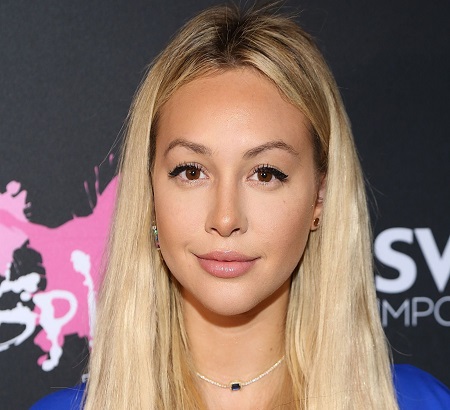 Corinne Olympios is an American TV star best known for competing on the 21st season of the ABC hit television reality series, The Bachelor. She competed on the show to win the heart of Nick Viall but was eliminated, unfortunately. Vanessa Grimaldi was the winner of the season.

Corinne Olympios was born on November 11, 1992, in Miami, Florida, the United States of America, to father James Olympios and Peri Miriam Olympios.

She has a younger sister named Taylor Olympios. She is of American nationality and belongs to white ethnicity. Her height is 5 feet 1 inch and weight is 55 KG.

As for her educational background, Corinne has completed her high schooling from North Miami Beach High School. She later attended Florida International University from where she completed her graduation.

Career: Contestant on The Bachelor Season 21

Prior to joining The Bachelor, Corinne Olympios worked for a multi-million dollar business company of her family, Armor Garage, which is a flooring supplier.

The season's contestants competed to win the heart of Nick Viall. She didn't win the show but was eliminated. Vanessa became the winner of that season while Raven and Rachel were the first and second runner ups respectively.

In addition to her television career, Corinne has also dabbled in modeling. She has appeared in music videos for big stars such as Akon, Pitbull and DJ Khaled.

Corinne Olympios is a successful television star and businesswoman. She earned a good amount of money during her appearance on The Bachelor.

According to the famous "The Bachelor" spoiler, Reality Steve (also known as Stephen Carbone), a contestant on the Bachelor makes approx. $100,000 in a season.

The exact figure of Olympios' net worth is not known but online records show that she has an estimated net worth of $500,000.

Moving towards the personal life of Corinne Olympios, the Bachelor star is not single but in a relationship with the Rambo: Last Blood actor, Jon Yunger. 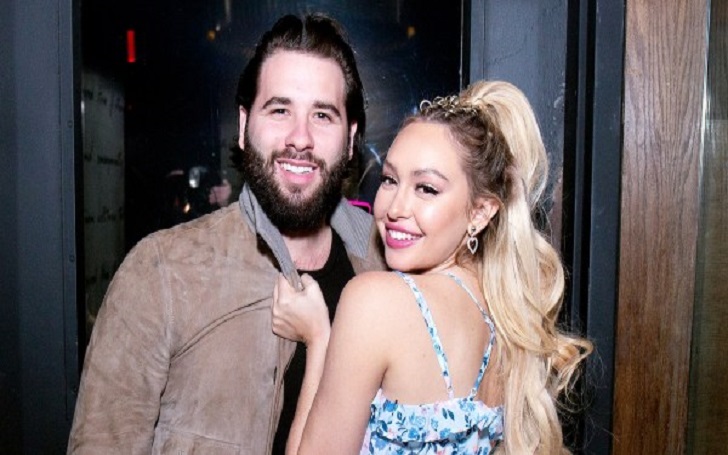 The couple first met through mutual friends in mid-2018 and eventually started dating. Even though the boyfriend-girlfriend duo has a long-distance relationship, they have been going strong with every pa s sing day.

From last few months, Corinne and Jon have been surrounded by engagement rumors but the proposal has yet to happen.