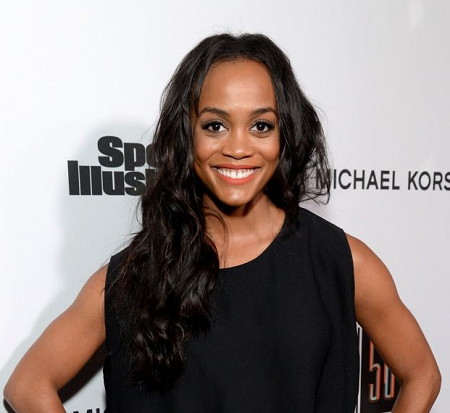 Best known for competing on the season 21 of ABC reality show The Bachelor, television personality Rachel Lindsay has just got married to her loving boyfriend Bryan Abasolo. She has also appeared in The Bachelor Winter Games and Catfish: Ghosted.

Rachel Lindsay was born as Rachel Lynn Lindsay on April 21, 1985, in Dallas, Texas, the United States of America. She was raised there by her parents Sam A. Lindsay and Kathy Lindsay.

Her father is a federal judge while her mother is a beauty consultant and former computer programmer. She has two siblings; older sister, Constance Lindsay, and a younger sister, Heather Lindsay.

The height and weight of the TV star are 5 feet 4 inches and 53 KG respectively. She is of American nationality and belongs to Afro-American ethnicity.

Rachel attended The University of Texas at Austin from where she completed her graduation with a Bachelor's degree in kinesiology and sports management.

She then received a law degree from Marquette University in Milwaukee, Wisconsin. On November 4, 2011, Rachel got a license to practice law in Texas.

Career: Contestant on The Bachelor

Rachel Lindsay first worked for Texas State Senator Royce West as a legislative intern and then interned with the Milwaukee Bucks. She later worked at the law firm Cooper & Scully, P.C.

She guest-appeared as a host on ESPN's First Take in July 2018. In the same year, she started hosting a new ESPN radio show, Football Frenzy, alongside former Dallas Cowboys player Bobby Carpenter.

Rachel joined Nick Viall's season of The Bachelor in January 2017. She became the third runner up of the season 21 of the ABC hit reality show. Raven Gates was the first runner up and Vanessa Grimaldi was the winner of that season.

On February 13, 2017, Rachel was announced as the Bachelorette while she was competing on The Bachelor for the heart of Nick Viall

At the end of the season, Rachel chose chiropractic doctor Bryan Abasolo of Miami over Peter Kraus. She returned with Bryan during the Bachelorette's Becca Kufrin season and hosted the first group date.

She has also hosted an episode of The Bachelor Winter Games along with JoJo Fletcher and Arie Luyendyk Jr..

Being a successful TV star, Rachel Lindsay earns a decent amount of money from her television career. According to the Cheat Sheet website, Lindsay has an estimated net worth of $450,000.

Her salary is unknown but according to Reality Steve aka Stephen Carbone, who is a famous "Bachelor" spoiler and blogger, a star on the ABC show makes around $100,000.

As we mentioned earlier, Rachel Lindsay is now a married woman. Multiple sources have confirmed that Rachel tied the knot with Bryan Abasolo in a romantic ceremony in Mexico on Saturday, August 24. 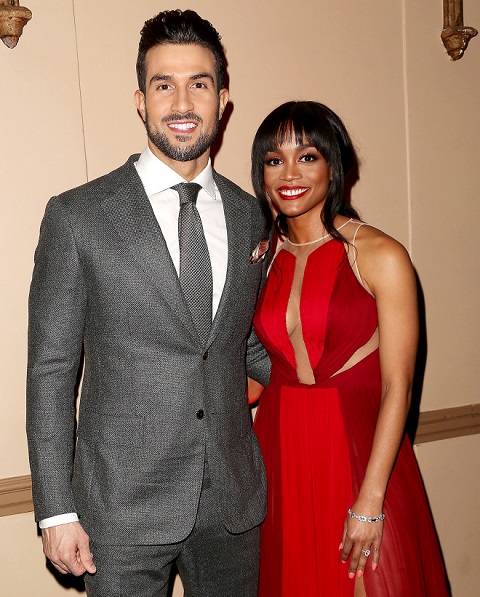 Rachel, 34, and Bryan, 39, first met while competing on The Bachelorette season 13 in 2017. They became engaged after the Miami native popped the question to the Dallas native on the finale.

The actress confirmed to sources in February 2019 that her wedding to Bryan would not be televised for a Bachelor special.