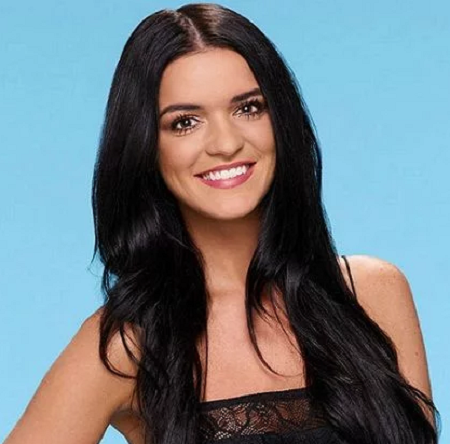 Raven Gates is an American television star best known for competing on the season 21 of the ABC hit television reality series, The Bachelor. She became the first runner up of the season, with Vanessa Grimaldi winning the heart of Nick Viall. Raven has been engaged to her Bachelor in Paradise co-star Adam Gottschalk.

Raven Gates was born on July 23, 1991, in Hoxie, Arkansas, the United States of America, to her father Wes Gates and mother Tracy Gates.

She was raised along with her brother Weston Gates by their parents in Arkansas. She holds American nationality and is of white ethnicity.

She has attended the University of Arkansas Medical School in Little Rock from where she completed her graduation.

Career: Competed on The Bachelor

Prior to becoming a member of The Bachelor, Raven Gates was a boutique owner. She has owned the clothing shop Grey Suede.

All the contestants competed on the show to win Nick Viall's heart. She didn't win the show but became the first runner up of the season. Vanessa was the winner in that season.

Rachel, who became the second runner up on the season, was later featured in The Bachelorette where she became engaged to Bryan Abasolo on its finale. The pair got married in Mexico on August 24, 2019.

The Bachelor season 21 front runner Raven quickly became popular on Instagram; she has more than 1 million followers on the social media platform.

In addition to starring on The Bachelor, Raven Gates has also competed on the season 4 of Bachelor in Paradise; she joined the show in 2017.

She and her BIP co-star Adam Gottschalk started dating in 2018 and after enjoying a romantic relationship for a year, the boyfriend-girlfriend duo decided to take their relationship to next level. They got engaged in June 2019.

Raven took to Instagram on June 3, 2019, to confirm her engagement to Adam, with sharing a series of photos from the romantic proposal in Dallas.

I’m keeping you forever and for always We will be together all of our days Wanna wake up every morning to your sweet face... Always . . . . . May 31, 2019: @courtneyelizabethmatthews

We hope they will marry as soon as possible.

Being a successful television star, Raven Gates earned a good amount of money while appearing on the Bachelor and Bachelor in Paradise.

According to some online sources, Raven has an estimated net worth of $200 thousand. Her current annual salary is still under review.

However, according to the "Bachelor" spoiler and blogger, Reality Steve aka Stephen Carbone, stars on the Bachelor makes around $100,000 in a season. A contestant on Bachelor in Paradise earns equal money as the Bachelor.