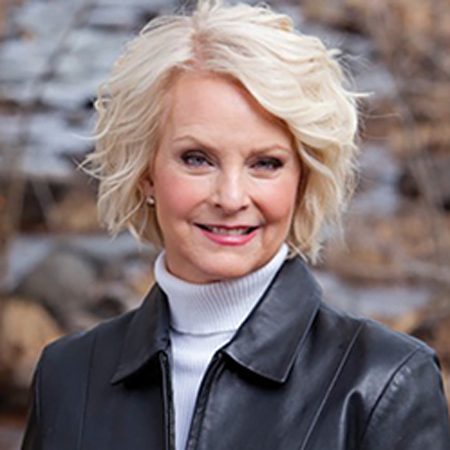 Arizona businesswoman, and philanthropist, Cindy McCain works with international nonprofit organizations and is the wife of U.S. Senator John McCain. She also serves on the Board of Directors for several non-profit philanthropies, including Operation Smile, CARE, and The HALO Trust.

Cindy McCain was born on the 20th of May, 1954 in Phoenix, Arizona, United States of America. She was born to James Hensley and Marguerite Hensley.

Cindy McCain completed her schooling at 'Central High School'  in 1972 and from the University of Southern California in 1976 with a Bachelor of Arts in education. She received a Master of Arts in special education from USC in 1978.

Cindy McCain participated in a movement therapy pilot program at USC. The program laid the way for standard treatment for disabled children. Moreover, she also worked for a year as a special education teacher dealing with kids with Down syndrome at Agua Fra High School.

Cindy holds American nationality and regarding her ethnicity, she is a White American.

Cindy McCain is famous as a wealthy heiress and as the US. Senator John McCain's wife, but she says she'd rather be known as a philanthropist.

Cindy McCain campaigned door to door with her husband, John McCain, during his successful first bid for U.S. Congress in 1982.

Cindy and her father invested in a shopping center project with Phoenix banker Charles Keating in 1986. In 1988, Cindy McCain founded a non-profit organization, the American Voluntary Medical Team. The organization aimed to organize trips to disaster-stricken or war-torn third-world areas.

Moreover, it also supplied treatment to poor sick children around the world.  She operated the organization until 1995. Cindy McCain and her organization were honored by 'Food for the Hungry'.

Cindy inherited majority control and became chair of Hensley & Co. upon her father’s demise in 2000. She actively campaigned with her husband for his unsuccessful  Presidential campaign in 2000.

Cindy McCain has been actively involved with Operation Smile in 200 for which the organization honored her in 2005. She is on the board of CARE and HALO Trust. She has been making significant financial contributions to these agencies through her family trust.

Cindy McCain is the owner of Hensley & Co. ( Hensley Beverage Company), an Anheuser-Busch beer wholesaler. In addition to that, her husband is in the US. The company can make around $400 million in a year. And it has 12000 employees.

Senator John McCain. Cindy has an estimated net worth of around $300 million, in 2019.

Moreover, McCain's husband's net worth is around $200 million.

In late 2018, the couple bought the house for $2.28 million in north-central Phoenix.

Cindy McCain is currently married to John McCain, the US. Senator and former presidential candidate. They met each other in Hawaii while Cindy was on vacation with her parents. John McCain was married, but separated, from his first wife, Carol McCain.

Her daughter Meghan engaged to Ben Domenech, a former speechwriter and the co-founder of RedState's conservative blog.  however, they managed to keep the details away from the media for the most time.

On 25 August 2018, Cindy McCain died in Arizona surrounded by his family. He was diagnosed with an aggressive brain tumor last year and went through a longtime medical treatment.

Height: She stands at 5ft 5 inches.