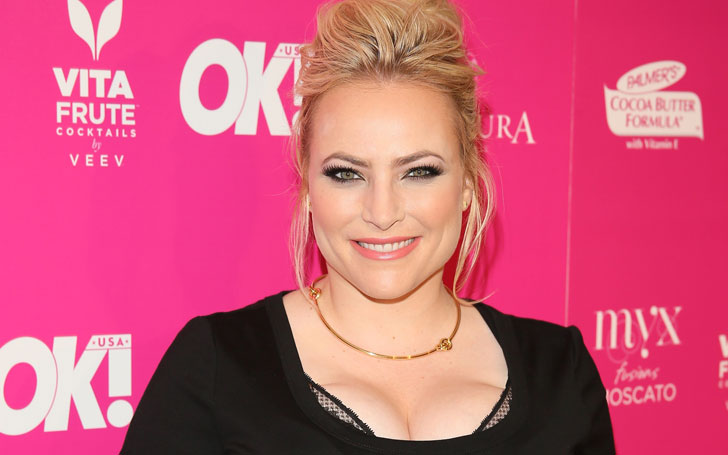 The View co-host and Arizona Senator John McCain's daughter Meghan McCain is engaged to her longtime boyfriend, Ben Domenech. Meghan kept her relationship with her boyfriend secret from her fans, even her boyfriend's name was an illusion until PageSix revealed his name on Wednesday night.

The US Weekly broke her engagement news first without mentioning her fiance's name while later PageSix revealed her fiance as a conservative writer and publisher Ben Domenech. Afterwards, Ben retweeted Page Six's story with a sweet message saying: McCain can reveal their marriage plan on her upcoming episode of The View.

An insider revealed ''McCain and Domenech are well into wedding planning." Earlier this month, she had talked about her boyfriend on her show while celebrating her 33rd birthday when she said:

This one works in politics and has for a long time, so he wasn't as intimidated, and he actually met my dad at my brother's wedding for the first time and ended up talking about health care or something very wonky. He's so conservative. He's funny in his way.

In an interview with the Los Angeles Times back in January 2015, McCain said:

I spend a lot of time dancing in gay bars and want my gay friends to be able to get married, but I don't know if I ever want to get married and have kids. And I think that's a common struggle.

She also added that she had dated so many liberals, but ultimately she fell for the most conservative man she has ever seen, she is pretty happy with her relationship though.

Meghan's co-host asked her father when he attended the show recently if he liked the man Meghan chose, then he said,

He's a very fine man. I'm very proud and very happy that they are so happy together.

We need to wait until her next episode of The View to know whether or not McCain will share about the proposal and their plan about marriage.