Chris Stapleton and His Wife Morgane Stapleton Married Life-Details About Their Relationship, Love-Story and Children 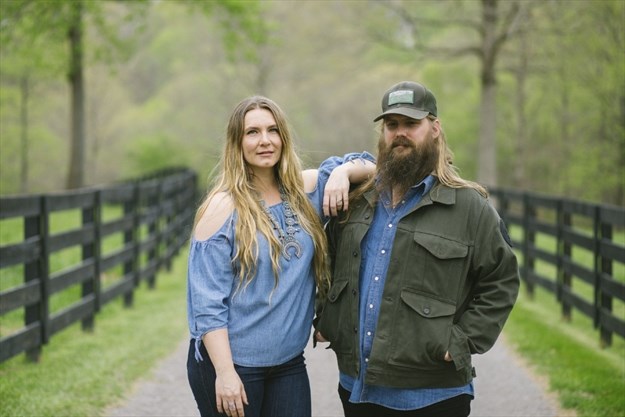 They say love is the most wonderful feeling in the world. And the famous American singer-songwriter and guitarist Chris Stapleton knows how good it feels to love and being loved in return! He is in love with a lady for around a decade and she is none other than his wife Morgane Stapleton.

The lovebirds, who recently welcomed their twin babies, are happier than ever and Morgane, who is a songwriter known as a lyricist of Don't forget to remember to me, is currently busy with her newborns and two other children she has with her husband Chris.

Chris Stapleton and his wife Morgane Stapleton's relationship is going on smoothly and becoming stronger every day. The couple are married since 2007 and they dated for three years before tying the knot. Chris and Morgane have been each other's rock since their marriage.

The musician couple is blessed with four children. Recently, the couple welcomed their twin sons. In October 2017, the husband-and-wife announced that they were expecting twins. Later, on 15 April 2018, Stapleton took the stage of ACM Awards to announce the birth of their twin boys which apparently was Stapleton's 40th birthday.

Morgane Stapleton and Chris Stapleton with their children

By far, we knew about Chris and Morgane's marriage and their happy married life but at the same time, many of us might not be aware of how their relationship actually started, how they fell for each other? right? We guess you might have already sensed that it was music that connected them,  however,  that's not exactly what happened.

In one of their interviews,  Morgane revealed that it was almost 14 years ago that they first met. According to Morgane, she was quite a stalker!  At the time Chris was working at a Nashville publishing and she was a fellow writer and an artist near to his publishing house. Guess what happened? They were asked to write a song together!

We'd hear the jingle of his keys as he walked down the hall, and we knew he was coming to play us whatever new song he had written.

Eventually, he asked me to write a song with him, and that ended up being our first date. We didn’t get much writing done that night.

And here is the video of one of their interviews together where they thoroughly explain their first meeting and how they ended up having a date. Chris falt put says "she has good taste in everything but man". Here are the five facts about Chris' wife, Morgane Stapleton.

Let's hope this adorable couple stays together forever and always!