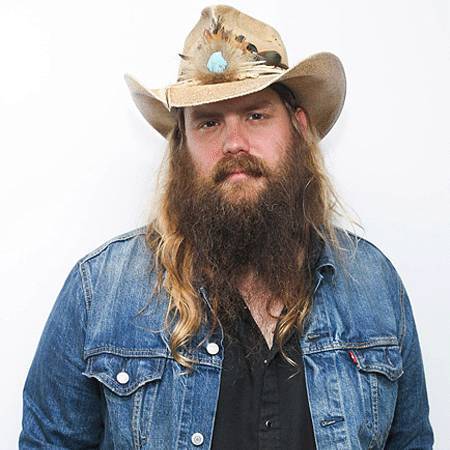 Christopher Alvin Stapleton, popular as Chris Stapleton is an American musician and songwriter, best known for writing amazing songs and for his contributions to country music since very long.

Chris Stapleton has been married to singer-songwriter Morgane Stapleton, who co-wrote Carrie Underwood's 2006 single "Don't Forget to Remember Me". The couple welcomed twin boys on April 15, 2018.

Chris Stapleton was born on 15th April 1978 in Lexington, Kentucky, USA. His father was a coal miner and his mother was a worker at the local health department in Lexington. He is the middle child of the family with an older brother and a younger sister. He spent his childhood and was raised in the small town of Staffordsville, Kentucky.

Chris Stapleton graduated from Johnson central high school. He also attended Vanderbilt University for studying engineering. But he dropped out after a year he had joined the university.

Chris Stapleton also became the front man for the bluegrass group The Steeldrivers in 2007. After that, he also worked with a band named The Jompson Brothers in2010. Until 2013, the band toured regionally.

In the same year 2013, Chris Stapleton signed to Mercury Nashville as a solo artist. His first single “ What Are You Listening To?” could not perform as expected. It was released in October 2013.

Chris Stapleton’s debut solo album was Traveller. It was released on May 5, 2015. He has played guitar and sang in this album with a band which also featured his wife. In the same year 2015, Chris Stapleton won three awards at the 2015 CMA awards. The three awards were: Album of The Year, Male Vocalist of The Year.

He has written a number of songs people are unknown about. Some of them are: If It Hadn’t Been For Love(Adele),  Never Wanted Nothin’ More (Kenny Chesney), Don’t start lying to me now (Joss Stone), Winning Streak (Ashley Monroe), Crash and Burn ( Thomas Rhett), Love’s Gonna Make It Alright (2011) and many more.

Recently, he has featured in the men’s fashion magazine GQ. His net worth was estimated to be about $1 million in the past. The bio of the talented and popular singer and songwriter is Stapleton can be found on various social sites like Wikipedia, IMDB and much more.

Chris Stapleton in the year 2019 attends the All-American Road Show tour. In 2015, along with Eric Church, the artist was also n Outsiders tour.

Morgane is also featured doing harmony on her husband Chris Stapleton’s album. They have four children who live in Nashville. The couple announced that they are expecting twins in October 2017. They welcomed twin boys on April 15, 2018, on his 40th birthday.

Stapleton is expecting his fifth child with wife Stapleton just months after giving birth to twin children. The couple welcomed their fifth child, in May 2019.

Chris Stapleton stands the height of 6 feet and 1 inch. He seems unique with his long hair and the long beard. Although it took longer for this singer to come to limelight, he has been a behind-the-scenes fixture of the country music since 2001. 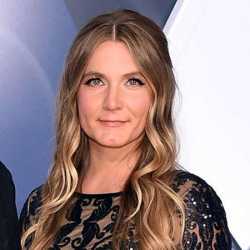