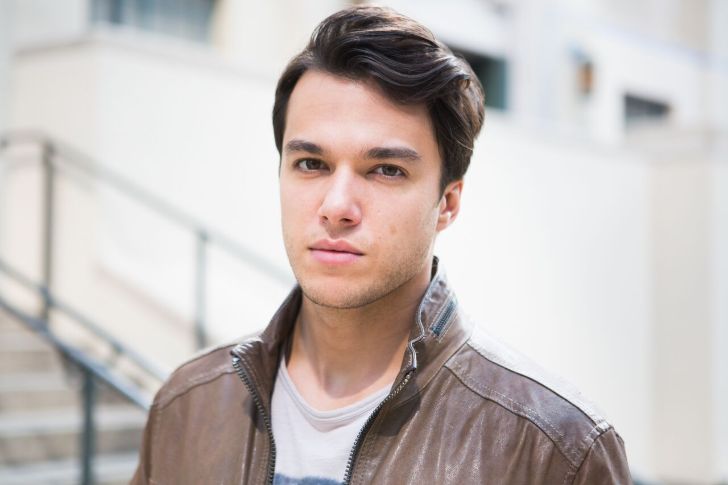 Famous for playing Scott Rosson in the TV series Gossip Girl (2009), Chris Riggi is an American actor and cinematographer from New York City. With on-screen debut through the 2008 short film Brotherhood, Riggi set his path to film career with the portrayal of Jacob in the Twilight parody film Vampires Suck (2010). Over the years, he has worked in films like The Wolf of Wall Street (2013), Living with the Dead: A Love Story  (2015), and Get Happy! (2016).

As a child, he performed at the Home Made Theater in New York and later studied acting at Lee Strasberg Theatre and Film Institute. Moreover, Chris attended independent art school Walnut Hill School for the Arts for 2 years in Massachusetts.

Before TV fame, while in Massachusetts, he delivered fertilizer and garden supplies. As for a fact, Chris Riggi is also a black belt in Taekwondo.

Already with theater experiences, Chris Riggi made his on-screen debut in 2008; he worked in short-film Brotherhood starring Michael Kingsbaker & Tru Collins along with TV series: Human Giant  (2008) and Guiding Light (2008). It followed his appearances in independent films Toe to Toe (2009) and Dare (2009).

In 2009, Riggi got his career breakthrough after he was cast as Scott Rosson in the teen drama series Gossip Girl (6 episodes) starring Blake Lively, Leighton Meester, and Penn Badgley. Thereafter, he portrayed Jacob in Twilight saga parody vampire film Vampire Suck in 2010, alongside Matt Lanter and Ken Jeong.

Moreover, Chris made notable TV series appearances in Go-Go Boy Interrupted (2016) and Johnno and Michael Try (2019). Most recently in 2020, he starred in films:

Reportedly, he is set to appear as Marco in the horror film Masks Don't Lie (in 2022), currently under pre-production. Chris will share the screen with Emmanuelle Vaugier, Gabrielle Rose, Anna Hutchison, and Jayne Wisener.

Is Chris Riggi Married Or Dating?

Chris Riggi is yet to be married but has a blissful relationship with the girlfriend of 3 years, Stephanie Koenig, an actress & writer. The duo began dating in 2017 but kept it low-key until 2018 when both worked in the movie Grandmother's Gold. On September 19, 2019, Koenig made an Instagram post wishing birthday to Riggi with a caption "2years with this guy and I couldn’t be happier. Happy birthday."

Both Riggi and Koenig are users of Instagram; their account @chrisriggi and @stephaniekoenig has over 16.9K followers and 18.2K followers respectively, in October 2020. Most often, the couple shares adorable posts flashing their affection to each other on social media profiles.

Until now, they are not engaged or has any plans for marriage anytime soon. They also do not share any children at the moment.

How Much Is Chris Riggi's Net Worth?

According to online sources, Chris has a net worth of $2 million as of October 2020. Mostly, he earns through acting career ever since he turned professional in 2008 and records 37 acting credits so far.

Riggi was one of the main cast in the 2010 parody film Vampires Suck which collected $81.4 million in the box office, over the budget of $20 million. The actor did appear in a minor role in 2013 hit The Wolf of Wall Street starring Leonardo DiCaprio, Jonah Hill, and Margot Robbie; its box -office collection was $392 million.

Aside from on-screen appearances, Chris Riggi collected a considerable sum as a cinematographer for Good Luck with Everything (2020), Johnno and Michael Try (2019), Simply Having  (2019), and We Shouldn't Be Here (2018).