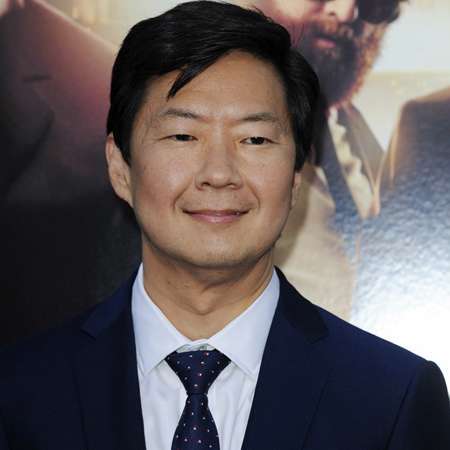 Ken Jeong is an American actor and comedian who made his break following her marvelous performance on the sitcom Community.

Ken Jeong was born as Kendrick Kang-Joh "Ken" Jeong on July 13, 1969, in Detroit, Michigan, the United States to South Korean immigrant mother Young and father Dong-Kuen Jeong. His father, Dong was a professor at North Carolina A&T State University in Greensboro, North Carolina. Ken spent most of his childhood days in Greensboro. Ken is of American nationality.

Ken had a family with a strong academic background and he too was thus encouraged to be academically stable. Ken went on to attend Walter Hines Page High School. While there, Ken took part in the High IQ team, played violin in the orchestra, and was also elected to student council due to his excellent performance. Ken graduated at the age of 16 and earned a Greensboro's Youth of the Year award. He went on to complete his undergraduate studies at Duke University in 1990. In 1995, Ken obtained his M.D. degree at the University of North Carolina at Chapel Hill. Jeong has a license for a physician in the state of California.

Ken Jeong first started doing Improv in 1997 in The Big Easy. After that, he was seen in 4 episodes of Madtv. He then appeared in single episodes of many TV series such as crossing Jordan, Two and a Half Men, The Shield to name a few. In 2007 he got his first film role in Knocked Up. Following his performance, Ken bagged many roles in movies like, The Hangover as Leslie Chow, The Goods: Live hard, Sell hard, Despicable Me, The Hangover Part II, Transformers: Dark of the Moon, The Muppets, Despicable Me 2, Penguins of Madagascar, Advantageous as character Han of which he is also the producer. Ken has been seen in series such as American Dad, Community as character Senor Ben Chang, Burning Love as Ballerina, Kung Fu Panda: Legends of Awesomeness, Turbo Fast to name a few. He will soon be seen in 2016’s Norm of the North and Ride Along 2.

From 2018-19, the actor played the role in the TV series Magnum P.I. sharing the credits along with Jay Hernandez, Perdita Weeks, and Zachary Knighton.

Ken is hugely adored by both his Korean as well as American fans for his exceptional acting skills. He has been nominated for awards like Teen Choice Award and MTV Movie Award. Ken has won an MTV Movie Award for Best WTF moment and Streamy Award for the best guest appearance.

Ken Jeong's Net Worth And Earnings

Ken Jeong has collected a gigantic amount of net worth from his illustrious acting career. His estimated net worth is around $14 million, as per celebrity net worth, in 2019.

Ken Jeong is married to Tran Ho Jeong. The couple got engaged in 2004. His wife, Tran had breast cancer but she battled it. Ken admits that his wife’s condition during breast cancer had encouraged Ken to quit his medicine job and enter into the arena of acting which he was interested in. Tran is a Vietnamese American and works as a family physician. The couple has twin daughters named Zooey Jeong and Alexa Jeong born in 2007. The couple seems very happy and very much in love.

Ken is currently 49 years old and stands at a height of 5 feet 5 inches.

The Hangover Community The Duff relationship Net Worth Jay Hernandez