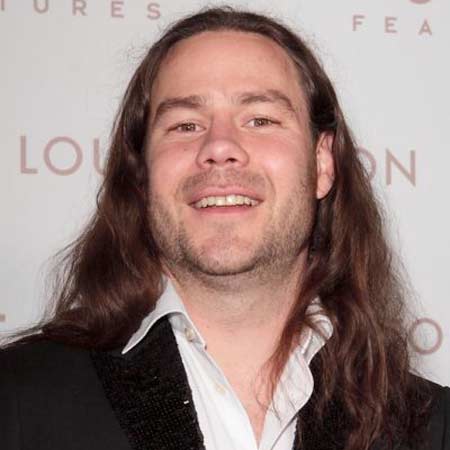 American stunt performer and actor, Chris Pontius aka Party Boy is famously known as the cast members of the MTV stunt show, Jacka s s. He is also the co-host of the Jacka s s spinoff, Wildboyz. He came to limelight for wearing very little clothes either a headband and belt or just a male pouch thong and a bow tie for his pranks on Wildboyz.

Chris Pontius was born Christopher Andrew Pontius on 16th July 1974 in Pasadena, California under the birth sign Cancer. Pontius is American by nationality and belongs to White ethnicity.

Chris Pontius made his TV debut in 2000 from MTV reality series, Jacka s s which featured ten stuntmen including Johnny Knoxville, Steve-O, Bam Margera and Ryan Dunn. Pontius was a s sociated in the show from 2000-2002 appearing in 21 episodes.

In 2003, Pontius co-hosted the MTV2's Jacka s s spin-off series, Wildboyz with Steve-O. Some of his other works are Totally Busted, Jacka s sworld.com: 24 Hour Takeover and Loiter Squad among others.

Pontius made his big screen debut in 2002 in the film, Jacka s s: The Movie directed by Jeff Tremaine. In 2007, he played the role of Jesus Christ in the comedy film, National Lampoon's TV: The movie with Steve-O, Preston Lacy, and Jason Acuna.

As of 2018, he is working in action comedy film, Action Point directed by Tim Kirkby.

Chris Pontius is known as a party boy as he mostly dresses up in a bow tie and thong. His main style includes male pouch thong and a bow tie or belt and headband. When he was a kid, he and his brother used to play naked natives for scaring the guests by wearing nothing but a belt.

Moreover, he used native motif in the series, Wildboyz to run alongside animals. He also posed for the front cover of Playgirl magazine. He featured in the various issues for skateboard magazine, Big Brother.

Chris Pontius has an estimated net worth of $12 million. He acc u mulated his net worth from his acting career. Pontius worked in several high box office collection movies. Some of them are:

Chris Pontius is in a relationship with Mae who is active on Instagram as ''ladyboner69''. The couple is probably dating since  2012 as the duo posted the first picture of them together that year.

Pontius was married to a film producer, Claire Nolan on 29th October 2004 in a private ceremony. In 2011, he filed for the divorce citing irreconcilable difference and officially separated after two years in 2013.

After the divorce, he received Hollywood Hills house, his 2012 Toyota FJ Cruiser, royalties from the series, Wildboyz & Jacka s s including everything from his investment accounts. Whereas, his ex-wife got Irish home, vintage 1965 International Scout, an engagement ring, a $200k cheque and whatever left in their Irish account.