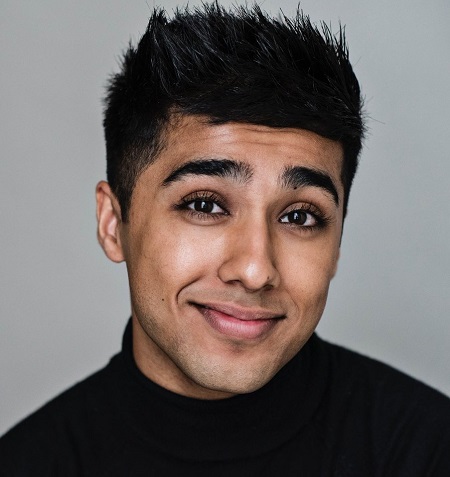 Chaneil Kular is a rising British actor, model, and social media personality who came into the spotlight for playing the role of Anwar in the television series, Sex Education. The 21 years old actor is also famous for appearing in series like Doctors and Informer.

Where Is Chaneil Kular From? Age, Height & Nationality

Born on 20th August 1999, in England, the United Kingdom, Chaneil Kular is of British nationality and has mixed ethnicity. His parents are of Indian heritage. Not much information on his academics is out.

The brown-eyed and black-haried TV personality has a height of 5 feet 7 inches. He weighs around 65 Kg. As of May 2021, the Sex Education star is 21 years old.

Relationship Status of Chaneil Kular- Is He Dating Anyone?

Ever since Kular came into the limelight since his breakthrough with Sex Education (2019-20), no doubt there have been sharp speculation about his personal life. However, the British actor barely lets any pa s sage into him aside from his professional career.

At the moment, Chaneil Kular is not dating anyone or has any girlfriend reported. Furthermore, the actor currently in his 20s has kept himself away from talks on married life or wife. Although he keeps in touch with fans through the Instagram account (@chaneilkular, over 165K followers), Kular never has publicly posted about relationships. 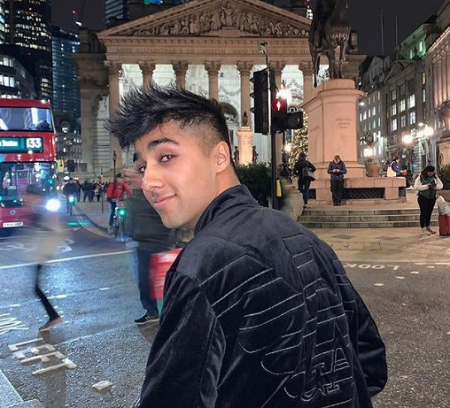 Similarly, he also did not reveal anything about his past affairs and relationships.

Breakthrough From 'Sex Education'- What Role He Portrayed?

Chaneil Kular saw his first on-screen credit in 2018, as a recurring cast Tariq Amiri in the British TV series Doctors (12 episodes), where Adrian Lewis Morgan, Jan Pearson & Diane Keen are in main roles. Moreover, the same year, he made a guest appearance in the television series, Informer.

The England-born came into the spotlight in 2019 through the Netflix comedy-drama series Sex Education, where he portrayed Anwar in 11 episodes until 2020. In the series, he worked alongside Emma Mackey, Asa Butterfield, Connor Swindells, Aimee Lou Wood, and so on.

His most recent on-screen appearance was in the TV mini-series Black Narcissus in 2020; there he shared the screen with Gemma Arterton, Aisling Franciosi, Nila Aalia, and Patsy Ferran.

As of 2021, Chaneil Kular has an estimated net worth of $150,000. Other than acting, no other side venture of Kular is out, so the majority of his earnings come through on-screen credits. Allegedly, the British actor collected tens of thousand dollars an episode from his TV works.

According to his Twitter bio (@Chaneil_Kular) with over 2.3K followers, he is represented by Bloomfields Welch, a talent agency.