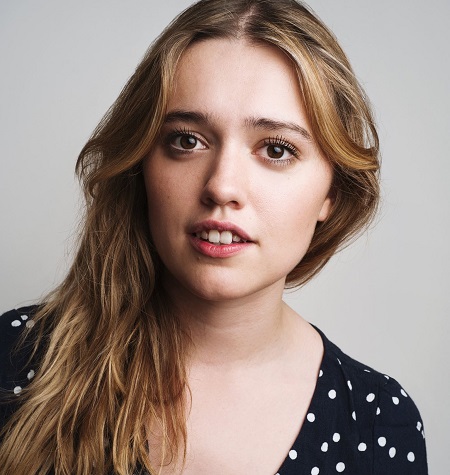 Aimee Lou Wood is a rising British actress who grabbed huge attention for playing the role of Aimee Gibbs in the comedy-drama series Sex Education. The 25 years old actress started her acting career in 2018 and became famous with her debut role.

Aimee was born on 3rd February 1995, in Stockport, Greater Manchester, England. As of 2020, she is 25 years old. Her nationality is British and belongs to Caucasian white ethnicity.

Aimee studied foundation acting course at the Oxford School of Drama and later attended the Royal Academy of Dramatic Art graduating in 2017 with a BA Degree in Acting.

Aimee started her acting career in 2018. While studying at RADA, she played the role of Margaret in the production of Scuttlers, as Goody in Vinegar Tom, as Jess in Hen, and as Yulia in Summerfolk.

Aimee made a big-screen debut in 2019 appearing as Aimee Gibbs in the series Sex Education. Her debut role made her on the limelight. She worked in the series alongside stars like Emma Mackey, Connor Swindells, and Chaneil Kular.

The actress is currently busy shooting for two movies. She will be appearing as Margaret Wood in Living and as Claire in Louis Wain. Both films are set to be released in 2021.

It has only been around two years since Aimee started her professional acting career, but she has already won the hearts of thousands. As of 2020, Aimee Lou Wood’s net worth is reported to be around $500 thousand.

Aimee is 5 feet 3 inches tall and weighs around 60 kg. Her body shape is pear-shaped measuring 34-24-35 inches. Her bra size is 33B. She wears a shoe size of 8. Her eye color is brown whereas her hair color is light brown.

Is She Dating Connor Swindells?

Aimee and Connor, who first met on the set of Sex Education in 2018, admitted of starting their relationship after filming the show’s first season. 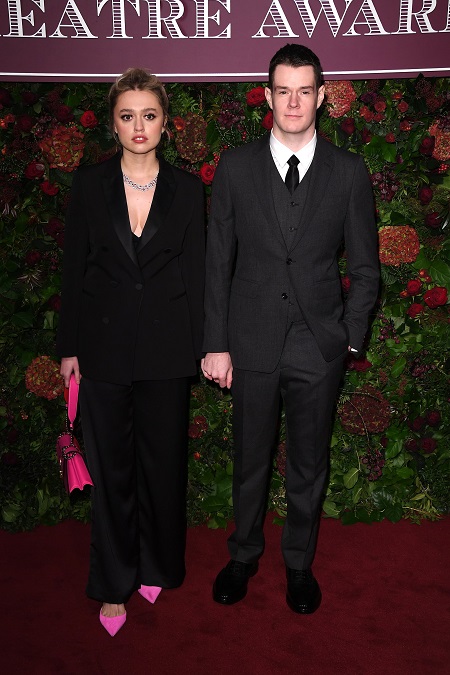 Their posts on their respective Instagram clearly shows that they are happy and so much in love.