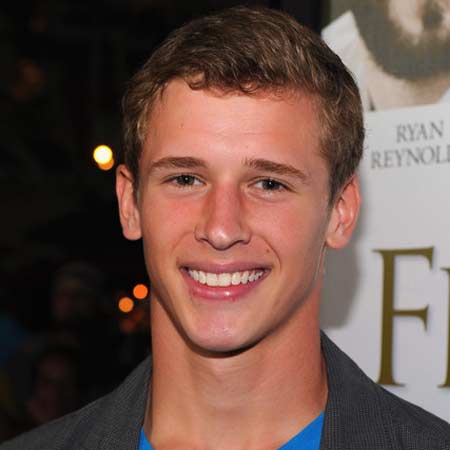 American actor, Cayden Boyd is known for his child roles in movies, The Adventures of Sharkboy and Lavagirl  (2005), Have Dreams, and Will Travel (2007). He was nominated for Young Artist Award under Best Performance in a Commercial in American fast food company McDonald's. In 2002, Boyd made his big screen debut in the independent film Fault which was followed by several roles in Freaky Friday, Mystic River, and Exposed.

Cayden Boyd was born on 24th May 1994 in Bedford, Texas, the U.S under the birth sign Gemini. He is 24 years old as of February 2019. He was born to mother Debbie Boyd, and father Mike Boyd, a former U.S. Navy fighter pilot.

Boyd has an elder sister, Jenna Boyd who an American actress, known for her roles in the feature films The Missing and The Sisterhood of the Traveling Pants.

While in high school he was part of the football team and was the recipient of the Wendy's High School Heisman Award. He went to the Pepperdine University in Malibu, California in 2012, and earned a bachelor’s degree in business administration in 2016.

During his early age, Boyd was interested in acting and began working at a young age. He was also featured in several print ads and commercials. Later, Boyd and family moved to Los Angeles.

Cayden Boyd debuted in the screen, appearing in an episode of 2001 American medical comedy-drama television series, Scrubs as Hummer. The same year, he appeared in Taina as Little Boy and The King of Queens as Lil Jared.

Boyd then worked in a number of TV series which includes, Crossing Jordan, Close to Home, Past Life, Expecting Amish, and The Mick among others.

Boyd’s upcoming project is American anthology television series, Heathers, where he appeared as Ram Sweeney, the best friend of Kurt Kelly and another member of the Westerburg High School football team.

Cayden Boyd made his silver screen debut in 2003 American fantasy comedy film, Freaky Friday as Harry's Friend #2. The same year, he also starred in movies, Mystic River, and Exposed. He was also cast in 2002 short film, Fault as Young Mark.

He is also credited for his role in Dodgeball: A True Underdog Story, The Adventures of Sharkboy and Lavagirl, and  X-Men: The Last Stand among others.

He has been inactive in the big screen for about 10 years as of February 2019, his last project was released in 2008 and he has not done any films since.

Cayden Boyd has an estimated six-figure net worth, however, the exact amount is not public. As per some online sources, the average salary of American actors is between $150k- $1 million.

Boyd made his appearances in several hit movies, and some of them include:

As of 2018, Cayden Boyd is possibly single at present. He is quite secretive when it comes to his relationship and affair; he prefers to keep his private life as confidential as possible.

Previously, Cayden was linked to Taylor Dooley, however, the rumor seems to be false as both of them didn't confirm regarding the matter.

Cayden’s interests as a child included playing the violin and cello. He also speaks two language English and Spanish.

Also, he is a certified open water diver and also has a certificate for firearm safety. Currently, He lives in the Greater Los Angeles area. Cayden serves as a parking coordinator volunteer at the Reality LA Church.

Below, we present an interview of Cayden Boyd