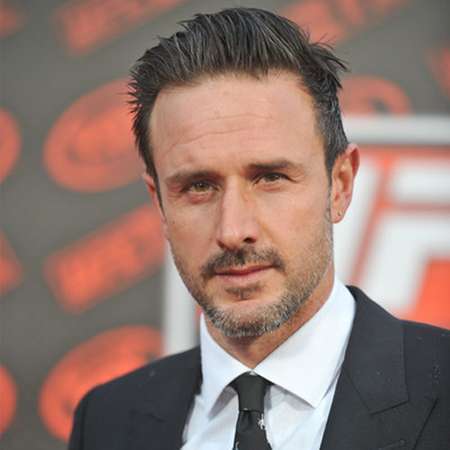 David Arquette is an actor, director, screenwriter, producer, wrestler and fashion designer of American nationality, who has been known for his starring roles in the films like Wild Bill, Buffy the Vampire Slayer as well as the Scream series. He was born on the 8th of September, 1971 and has been indulged in the acting fraternity since 1990. He has managed to attract the attention of a huge number of fans through his versatile skills portrayed in the acting fraternity.

Arquette is the son of parents Brenda Olivia and actor Lewis Arquette. She has four siblings. His sister Rosanna and Patricia are actors too. Alexis and Richmond, his brothers are also indulged in acting. He was interested in acting since a young age due to his family background and started acting in several movies in the 1990’s. These include the likes of Buffy the Vampire Slayer, Airheads and Never Been Kissed along with the television shows like Scream, Friends, Beverly Hills etc. He was plummeted into the heights of fame, following his success in the horror film series named Scream.

Other endeavors include appearing in several videos of songs and have had a professional wrestling career too. He filmed the World Championship Wrestling and was brought into the WCW storylines for his appearances. He started his career as a wrestler then and was used as a comic freak. He has also written books and has been the subject of the song You Cannot Kill David Arquette. His endeavors in several sectors of entertainment have made him popular all around the world.

The personal life of this versatile personality also has been the subject of tabloids on several occasions. He has been known to be married twice and divorced. He met actress Courtney Cox during his acting endeavors and the couple started dating. They got married on the 12th of June, 1999 and he has a daughter Coco Riley Marquette together with his former wife.  They separated on 2010 but the divorce of the couple was finalized on 2013. He has been married to Christina McLarty since 12th April 2015 and they seem to be getting along pretty well. Apart from these relationships, it was known that he dated Jasmine Waltz on 2010 and Ellen Barkin on 1995. He has also dated Erin Everly on 1993 and they were together until 1994. Drew Barrymore and Arquette dated on 1991. He had also been rumored to have dated Alyssa Milano on 1991. He dated Christa Denton from 1989 to 1990.