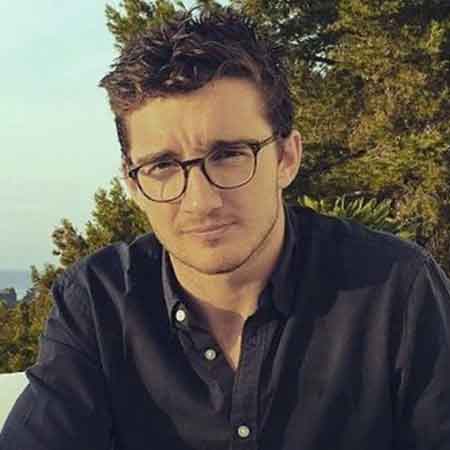 Caspar Jopling is an art dealer who does auctions working at Sotheby's. He came to limelight after getting engaged to the Love Me Like You Do singer Ellie Goulding. Jopling is a graduate of Harward University and enrolled at London Film Academy for some time to learn about cinematography and film & video production.

Caspar Jopling was born to parents Hon Nicholas Jopling and Jayne Warde-Adam in Yorkshire in the year 1992. His father is the Honorable person in Yorkshire.

For studies, he enrolled at Eton College which was also attended by Prince Harry and Prince William. During his time at Eton, he used to be a part of the Boat Club where he was the vice-captain. Later on, to pursue a bachelor degree he went to study at Harward University where he chose History of Art & Architecture as his major subject.

During his time at Harvard, he used to take part in many activities. He was a member of the Varsity Men's Heavyweight Crew and director & editor at HSA Video. Jopling was a social chair of the Harvard College British Club. Besides he was a part of The Hasty Pudding Club. In between his time at Harvard, he joined the London Film Academy for some time to learn about cinematography and film & video production.

The picture of him rowing the boat is present at the Heathrow Terminal 5.  He took part in the Youth Olympic Games where he participated as a rower which happened in Singapore.  After gaining a degree from the renown Harvard University he moved to New York City and started living there.

Caspar Jopling is professionally a Corporate Development & Strategy for Contemporary Art at Sotheby. He is working there since May 2017. He is an art person who does auctions of paintings and artworks by organizing bidding events.

As his uncle, Jay Jopling was known as the powerhouse of the art world and was a huge investor in the auction field his nephew Jopling might have followed in his footsteps.

Jopling's Instagram is filled with pictures of artwork that his office is auctioning. Previously he worked as an intern for a month and assisted a senior MP Talent agent and partner of ICM by coordinating client's trips, communicating with managers and managing client requests.

Then in January 2014 he again interned at Christie's for 2 months. Eventually, after being an intern and gaining experiences he started working at Sotheby's as a graduate Trainee for a year from September 2014 to August 2015 in New York.

After his trainee duration ended he started working there professionally as a CEO Office & Contemporary Art.

Caspar Jopling's net worth is not estimated as of yet. He works in the auction department of Sotheby's and is the Corporate Development & Strategy there.  As he is involved in auctions he earns a lot of income from his job.

His fiancee Ellie Goulding is a Grammy Award-winning singer who has a net worth of $10 million and $20 million according to the Celebrity Net Worth and The Richest respectively. In 2010 she earned $600,000 from the sale of her album, Light and in 2012 earned $1.5 million from her album Halcyon.

Caspar Jopling is happily engaged to singer fiancee Ellie Goulding.  The couple was in a relationship for 18 months and were rumored to be dating since April 2017.

I get to spend the rest of my life with this truly extraordinary and beautiful, beautiful person. No one has ever made me feel more full of life, knowledge, happiness, or love. Hope, passion, confidence, and more love. There is no one I have ever been more complete with and there is no one I will ever feel more complete with. I look forward to a lifetime of exploring the world together, crying with laughter at stupid jokes, chatting into the early hours of the morning about art, music, the world, and the future. I love you Elena. And thank you to all of you that have sent such loving messages today

They were seen together at a karaoke night in Mayfair and seemed too close which gave the spark to the rumors. Their engagement announcement was done in the most traditional way as it was published in a page of UK The Times Newspaper. 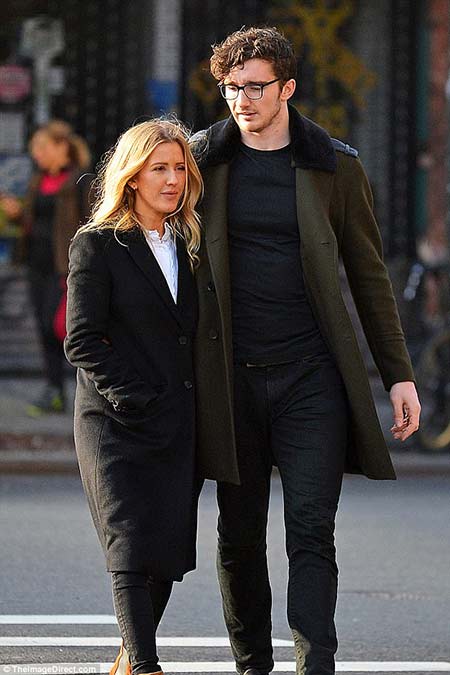 They are happily living together in a Soho apartment and they split their time between New York and London.