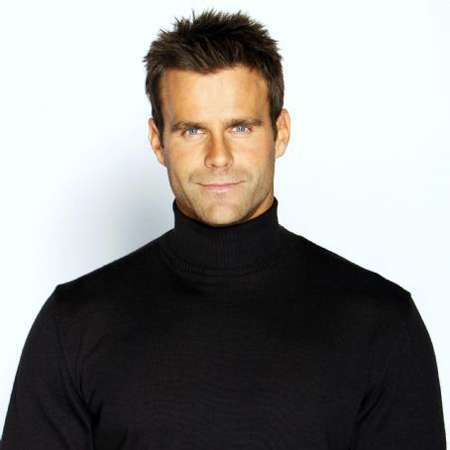 Cameron Mathison, A Canadian-born actor, is best recognized for playing Ryan Lavers on the TV series All My Children. He also appeared in the TV movie At Home in Mitford alongside Andie MacDowell, Ken Tremblett, and David Lewis. He made his feature film debut in 1998 in 54, an anthology film. Since then the actor has worked in several movies and TV shows such as F/X: The Series (1996), CSI: Crime Scene Investigation (2000), See Jane Date (2003), Along with Came a Nanny (2014), A Christmas To Remember (2016), At Home in Mitford (2017) and among others. He also hosted few programs including E! Wild On! specials, the premiere of Walt Disney's animated feature, Tarzan, and the Soap Nets 2001 Daytime Emmy red carpet special. As of 2020, he is working as a full-time correspondent for the entertainment news magazine.

Who Is Cameron Mathison?

Cameron Mathison was born Cameron Arthur Mathison on August 25, 1969, in Sarnia, Ontario of Canada. He has an older sibling named Scott Mathison. His father was a businessman and his mother was a homemaker.

Being the youngest out of 2 children of the family, Cameron was taken under special supervision by his parents and also because he was the victim of Legg- Calve Perthes disease which is a childhood hip disorder caused by the disruption of blood flow.

Mathison was diagnosed with the disease at the age of two and spent almost six months in the hospital and for the next two and a half years, he was on crutches.

Cameron completed his early time of schooling at Thornlea Secondary School and later for his university level of education he became a part of McGill University and completed his graduation in the major subject of Civil Engineering in 1993.

After graduation, Cameron Mathison started working as a model and started featuring in various commercials at the time. He made his feature film debut in 1998 in 54 and was offered to play a lead role in Washed Up, a Canadian independent movie.

He gained international fame after starring in the television soap opera All My Children playing the role, Ryan Lavery. He shared the screen with Susan Lucci, Kelly Ripa, David Canary, and Michael E. Knight.

Besides acting, he is also involved in hosting. After working freelance with Good Morning American for a few years, in 2009, he officially signed the contract with the channel as a regular correspondent. He worked in several events for Good Morning America including The Grammys, Oscars, Golden Globes, and others. He also hosted the reality show Game of Homes and Emmy-nominated series Ultimate Proposal.

Mathison also continued to work in television series. Some of his works include Murder She Baked, Along Came a Nanny, Hot in Cleveland, The Exes, The Christmas Ornament, and others.

He signed with CBS's Entertainment Tonight in April 2015. As of 2020, he is working as a full-time correspondent for the entertainment news magazine.

On 26th July 2018, Mathison became the co-host along with Debbie Matenopoulos of Home and Family.

Cameron Mathison has collected a large amount of net worth from his acting career. His current net worth is estimated to be around $2 million as per celebrity net worth, in 2020. Cameron has not been publicized in the media.

In the year 1998, the actor was cast in the movie 54 which grossed over $16.8 million worldwide. In the movie, he appeared along with Salma Hayek, Neve Campbell, Mike Myers, and Sela Ward.

Where Does Mathison Resides?

In Feb 2012, Cameron Mathison along with his wife Vanessa dropped $1.672 million on their San Gabriel Mountains house. Built-in 1928, the house has 3,700 square feet of living space, including four bedrooms and five bathrooms.

6ft 2 inches tall Cameron Mathison is a married man and shares two children with his wife Vanessa Arevalo. He got married to Vanessa in the year 2002. Neither Mathison nor Vanessa has disclosed when they first met and how their relationship took a romantic turn. But, it doesn't matter, they are together since their marriage.

They have two kids; a son named Lucas Arthur Mathison and a daughter, Leila Emmanuelle Mathison born on April 20, 2003, and July 7, 2006, respectively.

Cameron is madly in love with his wife and there are no stories of Cameron dating or having an extramarital affair with other celebrities and he is providing equal of his time to career and family side by side on looking to his bio. The family of four currently resides in Los Angeles, California.

Mathison is also popular on social, such as Twitter and Instagram where his latest activities and pictures can be found.

At the age of two, Cameron Mathison was diagnosed with Legg-Perthes disease that nearly took four years in recovering completely. As a result, the actor also spent six months in the hospital and then a couple of years on crutches.

Furthermore, Mathison was diagnosed with renal cell carcinoma, a type of kidney cancer in Sep 2019. But, it was announced in the following month of that year that Cameron removed a kidney tumor following his successful surgery. 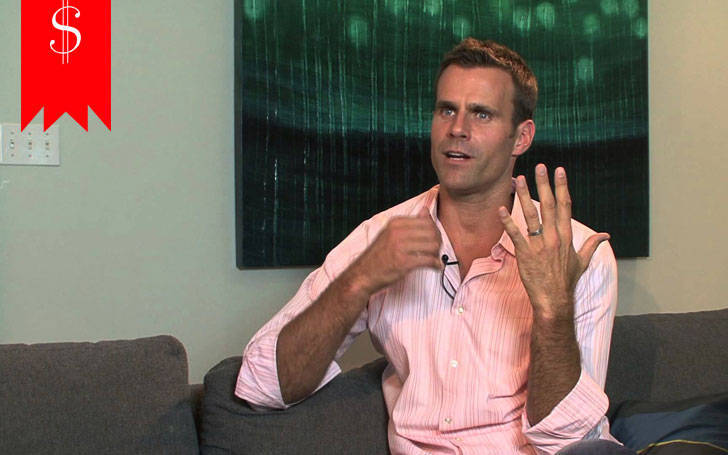 Cameron Mathison Net Worth is $2 Million. Know about his Sources of Income as an Actor