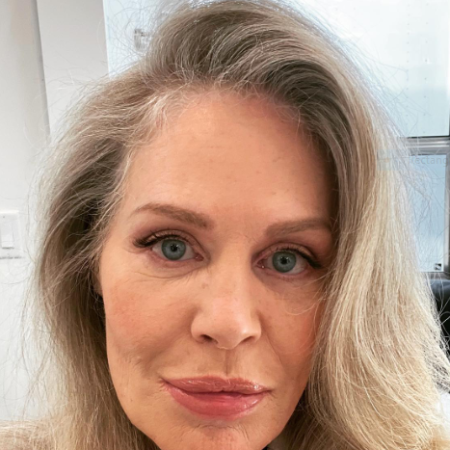 Beverly Heather D’ Angelo, an American singer, and actress is best known for playing the role of Ellen Griswold in the National Lampoon’s Vacation film series. She has appeared in more than 60 films and TV series including High Spirits, Lighting Jack, American History X, Cougar Town, Shooter, Under the Bed, Frat Pack, and Lady-Like. Along with her stellar career, among people, Beverly is also popular for her personal relationships. Her most public relationship was with the one and only Al Pacino. The couple dated from 1997 to 2003 and has twins together conceived via IVF.

Daughter Of A Violinist And A Ba s s Player

Beverly D'Angelo was born on November 15, 1951, in Columbus, Ohio, U.S. She is an American by nationality and belongs to mixed ethnicity. She is the daughter of Priscilla Ruth (mother) and Eugene Constantino D’Angelo (father).

Her mother is a violinist whereas her father is a bass player and television station manager of Italian descent. 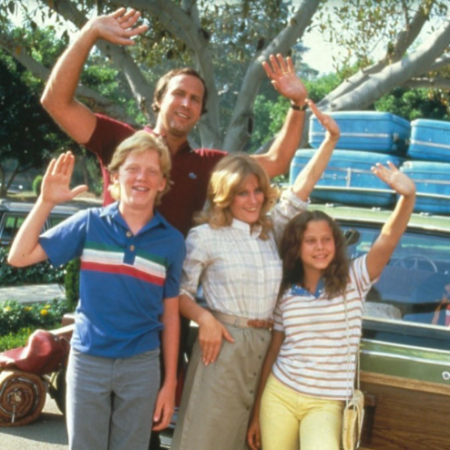 She attended Upper Arlington High School in Ohio. She has three brothers; Jeff, Tim, and Tony. The actress worked as an illustrator in the Hanna Barbara Studios before starting an acting career.

D'Angelo started her acting career in the theater in 1976; she performed in the Broadway drama Rockabye Hamlet.

Her television debut was in the miniseries Captains and the Kings. LAter in 1988, she appeared in a film titled, Annie Hall,

Beverly D'Angelo played small roles in several hit movies like Hair, Coal Miner’s Daughter, and Every Which Way. In 1980, she appeared as Patsy Cline in Caol Miner’s Daughter for which she was nominated for a Golden Globe.

She rose to fame after playing the role of Ellen Griswold in National Lampoon’s Vacation. She reprised the role in the sequels and also got to act in several other sequels.

Her notable projects in Simpatico, Streetcar Named Desire, Slow Burn, Judgment Day, Sweet Temptation, and The John List Story. She has notably appeared as Rebecca Balthus on Law and Order: Special Victims Unit and as Lurleen Lumpkin in The Simpsons.

In 2016, she appeared in the drama film Dreamland alongside Jason Schwartzman, Talia Shire, and Johnny Simmons.

In 2017, she appeared in a drama film Wakefield starring Jennifer Garner, Jason O'Mara, Bryan Cranston, and D'Angelo herself.

In March 2018, she appeared in a comedy film, The Unicorn. The actress is still active in her seventies and proves her as a versatile and active actor.

Whopping Net Worth Of $20 Million

D’Angelo has an estimated net worth is $20 million, according to the Celebrity Net Worth website. She has ama s sed a huge amount of money from her three-decade-long career. Her films have grossed over $7 billion worldwide at the Box Office.

She has appeared in all five installments of the Vacation film series which have collected $2.99 billion worldwide. In 2015, she was a part of Accidental Love which earned $135,436.

In 2005, she bought a five-bedroom for $2.5 million in Beverly Hills, California. She lived in that house until September 2017 when she sold the house for $2.795 million. Besides, her movies and tv shows, the actress earned a considerable amount from her singing career. She has a lavish lifestyle with her million-dollar net worth.

D’Angelo is neither dating nor married to a husband right now. As no information is found regarding her current love life, the actress is assumed to lead a single status. However, she was previously married to Italian Don Lorenzo Salviati from 1981 to 1995. The two never welcomed a child together.

She was also in a romantic relationship with an English production designer, Anton Furst. The pair started dating in 1987 but unfortunately, their relationship ended after Furst committed suicide in 1991. After his suicide, D’Angelo dated Neil Jordan for a few years.

In 1996, she started dating actor/filmmaker Al Pacino but they called it quits in 2003. The couple welcomed twins; a son and a daughter together on January 25, 2001, via IVF.

When she welcomed her twins, she was in her 49. After the separation, the former couple had a disagreement regarding the custody of their then two-year-old children. Pacino even filed suit against his former girlfriend in New York City family court seeking joint custody and liberal visitation rights.

They, fortunately, worked things out for the sake of their kids and agreed on mutual co-parenting. Besides the twins, Pacino also has a daughter named Julie Marie with acting coach Jan Tarrant.