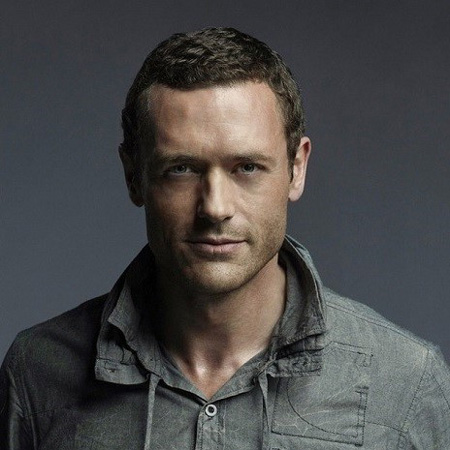 Jason O' Mara is an Irish-American actor, well known for his appearance in the American television dramas In justice, Life on Mars, Vegas, and Agent of S.H.I.E.L.D.

Jason O' Mara was born on 6th August 1972 in Sandycove, Dublin, Ireland. He has a mixed ethnicity of white Irish-American and holds an Irish nationality.

After his graduation from Trinity College Dublin with BA in Drama and Theatre, Jason shifted to London, England, to pursue his interest in acting.

His time spent in British theater led him to major roles in some of Ireland's and Britains great theaters, including The Almeida, The Royal Shakespeare Company, the Gate Theatre, and The Donmar.

Jason also made his appearance in Harold Pinter's, The Homecoming in Dublin and London as well as Lincoln Center in New York. O'Mara had lead roles on other series, including, Band of Brothers, The Agency, Monarch of the Glen, Playing the Field, High Stakes, and Research for The Moon.

O'Mara has also made a guest-appearance in the Criminal Minds Season two episode 'The Last Word' as the Mill Creek Killer. One of his most popular portrayal as Bruce Wayne / Batman for the DC Universe Animated Original Movies shared the universe of animated DC films based on The new 52.

Later, Jason joined the cast of Marvel's Agents of S.H.I.E.L.D., where he played the role of Jeffrey Mace, the new director S.H.I.E.L.D.

Jason is a married man. He was married to his ex-wife Paige Turco on 19 September 2003. They have a child together named David. The couple stayed for fourteen years and got separated on 18 July 2017, later on, 1st May 2017  the couple got legally divorced.

Jason O'Mara earns a decent amount of money from his acting career as he has made his appearance in numerous movies and television series which add up to his total net worth that is estimated to be $75 thousand.