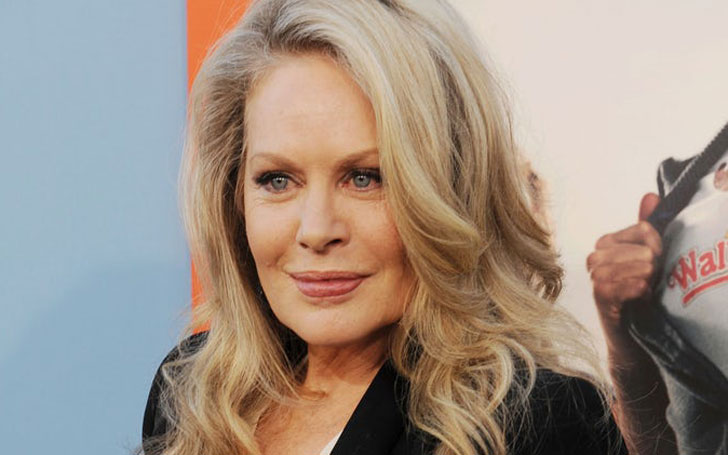 After engaging in a long custody battle with ex-boyfriend Al Pacino, Beverly D'Angelo has finally settled the disputes with him, and the two have decided to co-parent their twins.

Being a full-time mother of two has definitely changed Beverly's life. She shared the experience of being a mother at 49 and co-parenting with Al Pacino.

The American History X actress D'Angelo was 49 when she gave birth to twins; daughter Olivia and son Anton (now 16) with then-boyfriend Godfather actor Al Pacino and her life has not been the same since then.

“I had a fantasy that when you have kids, you do it in a family setting,” Beverly, shared how she decided to have children. "After we’d known each other for three months, [Al] looked me in the eyes and said, ‘I want you to be the mother of my children.’ That’s all I had to hear.”

Al Pacino and D'Angelo with their adorable kids

The once happy couple, however, decided to end their relationship after dating for nearly seven years in 2003 and started the custody battle for the twins.

Beverly explains how her life suddenly changed after the separation:

It took years for the actress to forgive Pacino after a bitter custody battle that went on for more than a decade. She finally came to a state of forgiveness, and as of now, the former duo shares joint custody.

Al Pacino and Beverly D'Angelo ready to co-parent their kids

She addressed the source, how she and Al got past all the tension and became friends:

“The key thing is creating a new history, and moving on from whatever dissolved that relationship to the new one of co-parenting”.

"The most important thing I’ve learned is how vital acceptance is. We all have a desire to change things that we don’t like, but you can’t change another person. You have to accept differences and all the things that led to a breakup in a way that allows you to move forward. And out of my support system and people I know and love, I’ve created the ideal partner."

Well, at the end of the day, both of them loves their children, and it looks like they would do anything for their happiness.

Beverly D'Angelo's Past Affairs And Relationships

D'Angelo was married to Don Lorenzo Salvati in 1981. The two managed to be together for 14 years until they parted ways in 1995.

Later, she was also in a relationship with Anton Furst, an Academy Award-winning production designer: He committed suicide in 1991.

Well, her relationship with actor Al Pacino is not a secret. The two started dating in 1996 and were Hollywood's one of the sexiest couples until their break up in 2003.