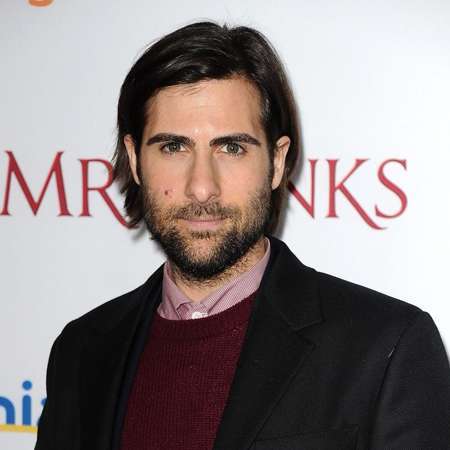 Jason Schwartzman, an American actor and musician, is known for his collaboration with Wes Anderson in several films such as Rushmore (1998), The Darjeeling Limited (2007), and Moonrise Kingdom (2012).

He is a former drummer of rock band Phantom Planet. He currently releases music through his solo project Coconut Records. In 2017, he made a voiceover work in a Japanese-American animated series Neo Yokio.

Jason Schwartzman was born as Jason Francesco Schwartzman on June 26, 1980, in Los Angeles, California. He has been active in the film industry since 1998. His parents are actress Talia Shire and late producer Jack Schwartzman. His horoscope is Cancer

His younger brother Robert Schwartzman is also an actor and a musician. His parental half-siblings are Stephanie and John Schwartzman.

Jason Schwartzman is a multi-talented personality. He is an American actor, screenwriter as well as a musician. He is known for his frequent collaborations with Wes Anderson in various feature films like Rushmore (1998), The Darjeeling Limited (2007), Fantastic Mr. Fox (2009), Moonrise Kingdom (2012) and The Grand Budapest Hotel (2014). He was also the star of the HBO series Bored to Death (2009-11). He is a former member of the band Phantom Planet.

Prior to acting, he was the drummer and a songwriter for the rock band Phantom Planet.

He has left the band, but his pa s sion for music remains. He appeared in the music video for the rock remix of "It's All About the Benjamins" by Puff Daddy and contributed to Ben Lee's 2005 album Awake Is the New Sleep.

His acting career began with the hilarious portrayal of chronic overachiever Max Fischer in Wes Anderson’s Rushmore in 1998, with no previous acting experience.

Since then, he focused more on band Phantom Planet choosing only small, quirky roles in television. He made a guest appearance in NBC’s short-lived series Freaks and Geeks.

In 2001, he starred in his cousin Roman Coppola’s film CQ. After that he began taking his career towards acting and starred in Slackers, Spun, I Heart Huckabees and Marie Antoinette. After that, he made a cameo appearance in the biopic spoof Walk Hard: The Dewey Cox Story as Ringo Starr.

In 2009, he appeared in Funny People, Bored to Death and The Marc Pease Experience. In 2010, he played Gideon Graves in the film Scott Pilgrim vs. The World, the movie adaptation of the comics by Bryan Lee O'Malley. After that, he has starred in a variety of films such as Fight for Your Right Revisited, Saving Mr. Banks, Listen Up Philip, The Grand Budapest Hotel, 7 Chinese Brothers, etc.

He has also played minor and major roles in television shows such as Parks and Recreation, Out There, Drunk History, Key and Peele, Mozart in the Jungle, Wet Hot American Summer: First Day of Camp, etc. He has also composed music for several movies and shows such as West Coast for Cloverfield, a soundtrack for Funny People and California for The O.C.

On February 17, 2009, Schwartzman was named one of the "Top 10 Most Stylish Men in America" by GQ magazine.

His net worth is $18 million, according to The Richest. He has ama s sed a huge amount of net worth from his acting career. His mother, Talia Shire has $15 million net worth. According to a source, his movies have grossed over $800 million at the Box Office. His net worth has hiked these days. He earned nearly $5 million from his films and shows.
Jason Schwartzman’s height is 5’6”. His weight is 161 pounds. He has hazel colored eyes, dark brown hair, and white skin color.

Jason Schwartzman is married to Brady Cunningham, an art and design director and co-owner of TENOVERSIX in Los Angeles, since 2009. She was his long-time girlfriend and they had married at their home in San Fernando Valley on July 11, 2009.

He and his wife have two daughters, his first child Marlowe Rivers, and Una, who is still a baby. He describes himself as “basically a vegan” as he doesn’t eat meat, dairy or eggs. More information can be found in his bio and wiki.