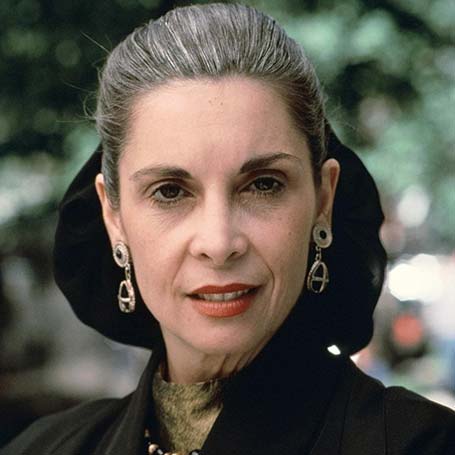 Talia Shire is considered one of the iconic actresses of the 1970s. The actress gained worldwide fame following her role in The God Father. Her popularity gained further attention after her breakout role in The Godfather Part II for which she also got a nomination for Academy Award. Similarly, her role in the highest-grossing movie of 1976 Rocky also brought her huge fame and fortune. For her amazing performance in the movie, she was again nominated for Academy Award as well as for a Golden Globe Award. Prior to movies, the actress has landed a number of major roles in hit TV series like CBS Schoolbreak Special and Grace and Frankie.

Talia Shire was born on April 25, 1946, in Lake Success, New York, United States of America. She is the only daughter of Carmine Coppola, an arranger/composer, and Italia Coppola. She holds an American nationality and regarding her ethnicity, she has a mixed ethnical background as her parents were of Italian descent.

Talia is the sister of Francis Ford Coppola, a film director, producer, and composer and August Coppola was an author and film executive.

Talia Shire initiated her acting journey playing the role in the movie The Wild Racers, in 1968. She subsequently featured in The Dunwich Horror and The Christian Licorice Store.

The actress gained ma s sive fame, following her smashing performance in the hit movie The Godfather, in 1972 starring Al Pacino, James Caan, and Diane Keaton. In 1974, Shire got a nomination for Academy Award for Best Supporting Actress for her breakout role of Connie Corleone in the crime movie The Godfather Part II.

In the year 1976, the actress's career reached a new height after she portrayed in sports drama movie Rocky sharing the screen alongside Carl Weathers and Burgess Meredith. The movie was the biggest hit at the box office becoming the highest-grossing movie of 1976.

Some of her other successful projects are Rockey III, A River Made to Drown In, The Return of Joe Rich, and Dreamland. Prior to movies, the actress landed in many iconic roles in countless TV series which include Rich Man, Poor Man, Blood Vows: The Stroy of a Mafia Wife, CBS Schoolbreak Poorer, and Christmas at Cadillac Jack's.

In 2018, Shire was cast in the TV series Grace and Frankie. The same year, the actress portrayed Meryl Frumpkis in Girlfriends' Guide to Divorce alongside Lisa Edelstein and Beau Garrett.

Talia Shire's Net Worth And Earnings

Talia Shire has an estimated net worth of around $20 million, as of 2020. The actress has acc u mulated such a tremendous amount of money from her work in many commercially successful TV and movie projects.

In 1972, the actress played the role in the movie The Godfather which became the ma s sive hit at the box office racking up over 286 million worldwide. In 1976, Shire was cast in the movie Rocky which was turned out to be a sleeper hit grossing $225 million in global box office receipts against $1 million budget and became the highest-grossing movie of 1976.

Talia owns a mansion in Texas and Los Angeles, California. The average price of the house in Los Angeles is over $600k.

How Many Does Talia Shire Have Children?

Talia Shire first married David Shire on March 29, 1970, in a beautiful wedding ceremony. Her ex-husband David is an American songwriter and composer. The couple welcomed their first child; a son named Matthew Orlando Shire in 1975. Their relationship, however, could not last long and ended in divorce on May 8, 1980.

Following their divorce, the actress went on to marry Jack Schwartzman, a late American film and producer on 23 August 1980.

They Had Two Kids

The couple has two children; Jason Schwartzman, born in 1980 and Robert Schwartzman born in 1982. Both of their sons are actors and musicians. The couple was together until his demise in 1994.