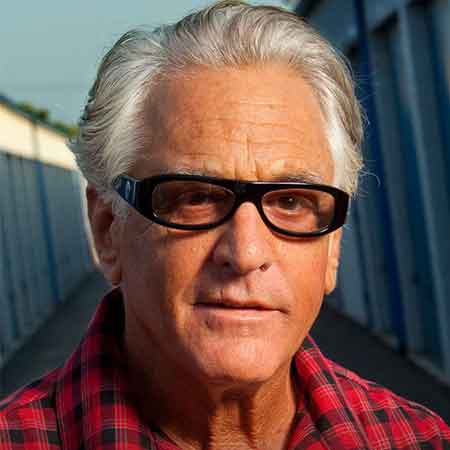 Barry Weiss is an American music executive and producer who is best known as the founder of a label, RECORDS in 2015. He started his Hollywood journey in 1982 at Clive Calder's Jive Records. In 2011 he joined the Universal Music Group after leaving RCA/Jive Label Group. He has fostered artists like Britney Spears, Justin Timberlake, and Chris Brown.

Barry Weiss was born on February 11, 1959, in  New York under the birth sign Aquarius. His father, Hy Weiss was a  music executive who founded Old Town Records in the late 1950s whereas his mother, Rosalyn Weiss was a homemaker.

Weiss graduated from the Cornell University in 1981. He worked as a promoter to radio stations from his dorm room. In 1986, he received his Master of Business Administration from New York University.

Then in 1995, he was promoted to President of Jive Records where he fostered many popular artists. In 2002, Jive was purchased by BMG which was later renamed RCA/Jive Label Group.

Weiss was named Chairman and CEO of the BMG in 2008 but after two years he left the company to join the Universal Music Group. He worked with Hollywood artist like  Kanye West, Justin Bieber, Rihanna, Chris Brown, T-Pain, R. Kelly and among others.

In 2015, Weiss co-founded a new independent label, RECORDS in a partnership with SONGS Music Publishing. In January 2018, RECORDS became a joint venture with the Sony Music Entertainment.

Berry Weiss is one of the successful music producers who has an estimated net worth of $10 million. As of 2018, he is a co-founder of RECORDS and his annual salary is more than $1 million. Previously, he worked for Jive Records which was purchased by BMG for $2.7 billion in 2002.

Weiss has a huge collection of unique antiques. He is also very fond of cars and his collections include 1946 Cadillac, Beatnik 1955 ford, 1940 Ford COE Truck, and others. Moreover, he is also known for his car collection rumored to be worth half a million dollars.

As of 2018, Barry Weiss is single. He, however, was married to a girl before whose identity has not been revealed yet. As per the sources, he divorced his wife nearly three decades ago, and also a rumored that he is gay. He also has two children; a daughter, Julie and a son, Jack.

Since his divorce, Weiss has never been in a serious relationship. Though he had few strings of no string attached kind of affair with various women.

In an interview, he affirmed,

I’ve actually been single for probably the last 28 years.

Moreover, in an interview with the Hollywood Life magazine, a source close to his stated how famous he is among the ladies. The source divulged,

“Wherever Barry goes, women flock to him. When the show is filming, beauties of all ages give their phone numbers to fellow cast member Dave Hester to pa s s on to Barry.”

Weiss is quite confidential when it comes to his personal life which might be the reason he always prefers to keep his private life away from the limelight.