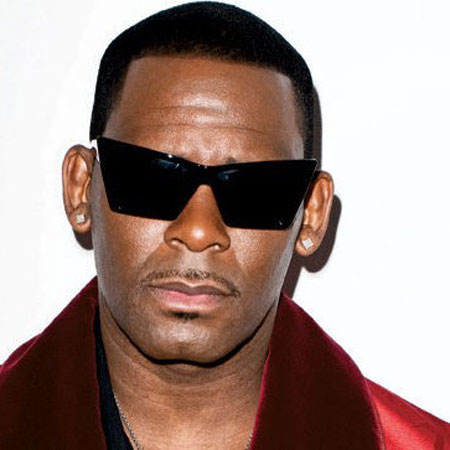 Robert Sylvester Kelly, better known as R. Kelly, is a vocalist, songwriter, and producer. He is one of the best-selling American music artists of all-time with 40 million albums sold till date. He also featured on a televised talents show called, Big Break winning the $100,000 grand prize.

R. Kelly was born on January 8, 1967, Chicago, Illinois, U.S. He belongs to an American nationality and is of White-American ethnicity.

Kelly was raised by her single mother Joanne, as he never saw his biological father. He never had the privilege of having a father figure in his life. By the age of eight, he started singing in his church's choir.

Kelly had a very difficult childhood as his family lived in poverty and struggled to make ends meet. At a young age, he was often abused by a woman who was ten years older than him.

Kelly is one of the five children in his family. He attended Kenwood Academy in Chicago's Hyde Park neighborhood in the fall of 1981. At the time, he also played basketball for the school team and was also an athletic student.

Later, Kelly shifted his focus on music after his music teacher Lena McLin discovered his musical talent. McLin advised him to leave the sport.

In 1989, R. Kelly got his first breakthrough, when Kelly and his friends Marc McWilliams, Shawn Brooks, and Vincent Walker made their appearance in the talent television show called Big Break. The show awarded him a $100,000 grand prize.

The following year, Kelly landed a recording contract with Jive Records. He released his debut album Born into the 90’s with the group named Public Announcement as his backup group in 1992.

Kelly left the group in January 1993. He released his debut solo album, 12 Play on November 9, 1993. The album provided his first No. 1 hit number called Bump N' Grind. The song broke the record ranking at number one on the Billboard Hot R&B Singles chart for 12 weeks.

The same year, the singer-songwriter and rapper faced a great personal loss, the death of his mother. In 1995, he released his self-titled album, R. Kelly with introspective lyrics and foot-tapping music.

In 1998, he released his fourth studio album and first double album called, R. The album contained different genres from pop, street rap, and Blues. The album was featured by different artists such as Celine Dion, Nas, and Jay-Z.

R. reached number one on the R&B chart making it Kelly's third number one album. His second number one hit on the Billboard Hot 100 was "I'm Your Angel," which was a duet with Celion Dion.

The album that would become the most commercially successful one of his career as well. It was also critically acclaimed and gained a number of awards and nominations. He released his seventh studio LP, ‘TP.3 Reloaded’ which became his fourth No. 1 hit on the Billboard 200 album chart.

The album featured a number of all-time hit songs including, ‘In the Kitchen’, ‘Reggae Bump Bump’, ‘Happy Summertime’, and ‘Slow Wind’. He also released the album ‘Double Up’ in 2007, the album’s single, ‘I’m a Flirt Remix’ also peaked at No.1 on the Hot Rap Tracks chart.

R. Kelly’s 2013 album, Black Panties, debuted at No. 4 on the Billboard 200 chart as well as gained mixed reviews from the critics.

R. Kelly has been involved in several controversies and illegal battles. In the year 2002, he launched the collaborative album The Best of Both Worlds along with Jay-Z.

During the time of his album release, Kelly allegedly saw doing it with a minor girl in a video. The video was given to a journalist, who turned the tape over to the police. Kelly claimed that he was innocent.

The same year, he was also accused of 21 counts of criminal for involving child in X-rated movies in Illinois. Despite the scandal surrounding him, Kelly still released several commercially successful album as 2004 album Happy People/U Saved Me sold more than 2 million copies worldwide.

Despite the all these illegal battles and controversies, R. Kelly continues to create a new album and perform live.

In 2012, he released the album named Write Back to Me. The album follows in the footsteps of renowned celebrities including, Marvin Gaye and Teddy Pendergra s s. Kelly also published an autobiography, Soulacoaster: The Diary of Me.

The rapper R. Kelly has been married twice in his life. At the age of 15, he legally married his girlfriend the late R&B singer, Aaliyah. However, the couple shared the journey of their marriage only for a year and consequently divorced in 1995. Unfortunately, his ex-wife Aaliyah pa s sed away at the young age of 22.

However, the couple divorced in the year 2009. Following their divorce, Andrea married Brian Mckee in 2014 whereas R. Kelly began dating with the model, Halle Calhoun. They reportedly met in North Carolina, where she was attending R. Kelly’s concert with her mother.

The couple also attended a party together at Gold Room in Atlanta. Further, there were rumors of him that Kelly had an affair with Kenny Bryant's wife Asia Childress.

R. Kelly is one of the renowned record producer as well as commercially successful R&B singer and songwriter. As of 2017, R. Kelly has an estimated net worth of $150 million. His main source of wealth is his music career, mainly singing and songwriter.