Are Prince Harry and Meghan Markle Already Engaged? Details About Their Marriage and Affair! 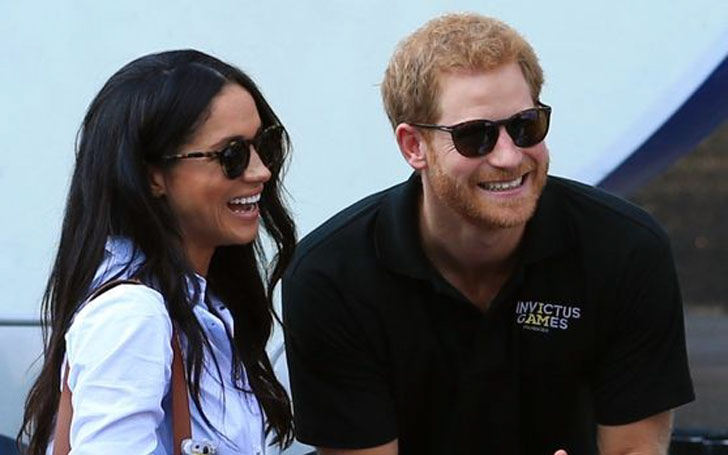 Are Prince Harry and Meghan Markle already secretly engaged? According to a news published in US Weekly on 03/10/2017, the duo may already have been engaged in a  secret ceremony and are strategically waiting to announce the big news. A source close to the Markle tells that they are soon getting married.

As previously reported, the pair made their first public appearance at the Invictus Games in Toronto, Canada, on September 23. At the event’s closing ceremony on 30 September, he kissed and hugged Markle and hung out with her mother, Dora Ragland.

Are Prince Harry and Meghan Markle Already Set for the Marriage?

Fans are extremely excited about the possibility of Harry slipping a ring on Markle’s finger. And, we are here to tell you exactly how’ll find out- if and when it happens. According to a friend close to the couple,

I think it's already happened, but they're holding the news back until she has finished on 'Suits'. I’ve never seen them happier. It’s amazing.

Both Prince Harry and Meghan Markle, or the representatives from the palace, have not confirmed the engagement news-also, there’s no ring on Markle’s finger, yet.

How will the potential Royal Engagement/Marriage between Prince Harry and Meghan Markle go?

If you want to have a clear idea on how the potential royal engagement will go, just look back almost seven years ago when Harry’s brother Prince William and Kate Middleton shared their engagement news (November 16, 2010).

At the time, the couple was already dating for eight years, during which countless wedding rumors circulated. But, when the palace officially announced their engagement news on 16 November 2010, social media went into a frenzy. Wish to know five facts about Meghan Markle, watch the below video.

If Prince William and Kate Middleton’s engagement announcement’s aftermath is any measure, one can only imagine a similar or even more over the top media frenzy playing out after Prince Harry’s engagement news announcement.

Finally, Prince Harry is going to marry his actress fiancee Meghan Markle. Kensington Palace released a statement about their wedding on December 15, 2017. The Royal wedding will take place on Saturday, May 19, 2018.

The pair got engaged in November 2017 after dating nearly a year. The Palace also announced that their wedding will take place at St George’s Chapel, Windsor Castle.

Prince Harry and Meghan Markle's well-wishers are guessing that they chose the wedding date in May because his brother, Prince William and Kate Midleton are expecting their third child in April 2018.