Anna Konkle is an American actress, screenwriter, and producer famously known for her starring role as Tara "TMI" Milly Izikoff in the Fox drama series Rosewood. Since 2019, the actress co-wrote and acted as Anna Kone in the cringe comedy streaming TV series PEN15.

She went to public school after her family shifted to Scituate, Ma s sachusetts, in 1994. After her high school graduation, she attended New York University, where she first met her best friend, Maya Erskine.

Anna Konkle appeared in an episode of the streaming TV series Betas in 2013. The next year, she appeared in the television sitcom New Girl.

She made an appearance in the romantic comedy series Man Seeking Woman in 2015. From 2015-2016, she appeared as Shay in the television series Maron.

The actress played Tara "TMI" Milly Izikoff in the Fox drama series Rosewood from 2015 until 2017. She made guest appearances in TV series like Shameless and Ramy.

Since 2019, she co-wrote and acted as Anna Kone in the cringe comedy streaming TV series PEN15 alongside Taylor Nichols, Melora Walters, and Mutsuko Erskine.

Konkle starred as Jenna in the romantic comedy film Plus One in 2019. Some of her other films and TV series are Baskets, Big Mouth, and Together Together.

The 34-year-old actress is reported to have a net worth of around $1.25 million as of June 2021. She ama s ses a good amount of wealth from her successful career.

As per influencer marketing hub, she gains between $398.25 and $663/75 per sponsored post from her Instagram @annaryankonkle, which has 132 thousand followers.

Who Is Her Partner? Mother Of A Daughter

PEN15 star is not married as of now. But, she is currently in a long-term relationship with her boyfriend, Alex Anfanger, a television writer, actor, and producer. The two started dating back in 2015. 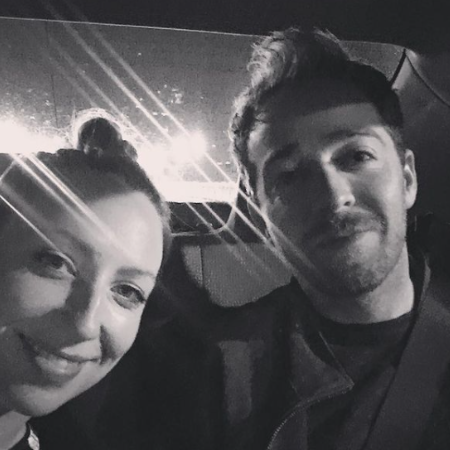 Anna announced that she was nine months pregnant with her first child via Instagram on Jan 29, 2021. The pair welcomed their first baby daughter, Essie Wunderle Anfanger, in May 2021.