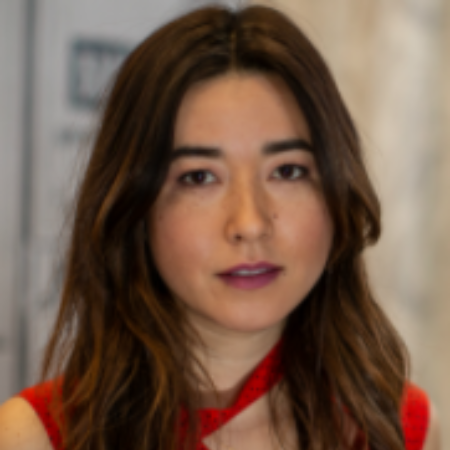 Maya Erskine is an American actress, producer, and writer widely known for her performances as Maggie in FXX's Man Seeking Woman and Mikki in Amazon Studios series Betas. Since 2019, she is notably appearing as Maya Ishii-Peters in the Hulu cringe comedy series PEN15. Moreover, the actress also starred in the romantic comedy film Plus One.

Maya Erskine was born Maya Mano Erskine on 7, 1987, in Los Angeles, California, United States. She is the daughter of Mutsuko Erskine and Peter Erskine, who is a jazz drummer.

Her mother is Japanese, originally from Tokyo, while her father is of European descent. Not to mention, her mother also performs as her character's mom on PEN15.

Moving on to her educational background, she went to Crossroads School of Arts & Sciences and later graduated from Los Angeles County High School for the Arts.

For her further studies, she then enrolled at the New York University's Tisch School of the Arts. She did her musical theater study at the Experimental Theater Wing school.

She is 34 years old as of writing this article. She stands at the height of 5 feet 3 inches (1.6 meters). She holds American nationality.

Erskine appeared in the television series Hart of Dixie in 2013. She was the main cast as Mikki in the Amazon Studios series Betas from 2013-2014.

In 2015, she acted in the film Frankenstein and appeared in the TV series Man Seeking Woman. Some of her other television and films are Heartbeat, Insecure, Casual, and 6 Balloons. 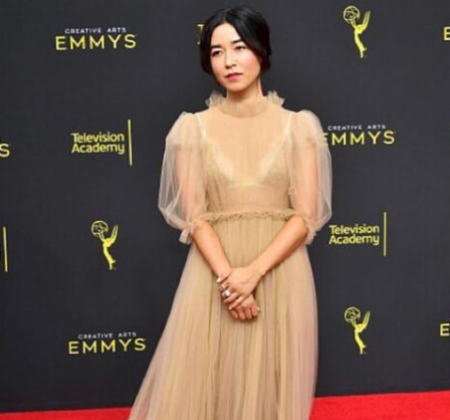 The actress starred as Alice Mori in the romantic comedy film Plus One in 2019. She currently plays Maya Ishii-Peters in the Hulu cringe comedy series PEN15 alongside Taylor Nichols, Anna Konkle, and Melora Walters.

Since 2020, she is working as a voiceover in the adult animated sitcom Crossing Swords.

PEN15 actress has earned a major part of her income through her career in acting. She is estimated to have a net worth of $1.25 million as of June 2021.

Relationship Status - Who Is Her Partner?

The 34-year-old actress is currently engaged with her long-time partner Michael Angarano. His fiance is a famous actor known for Music of the Heart and Cover Me. 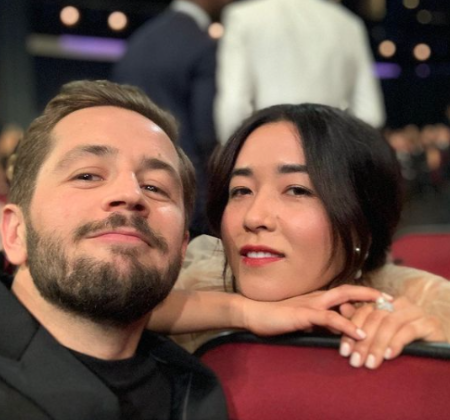 They got engaged on November 2, 2020, and announced her pregnancy on the same day. The duo officially confirmed their relationship back in September 2019.

The couple welcomed their first baby son, Leon Frederick, born in 2021. As of now, the family of three resides in Los Angeles, California.