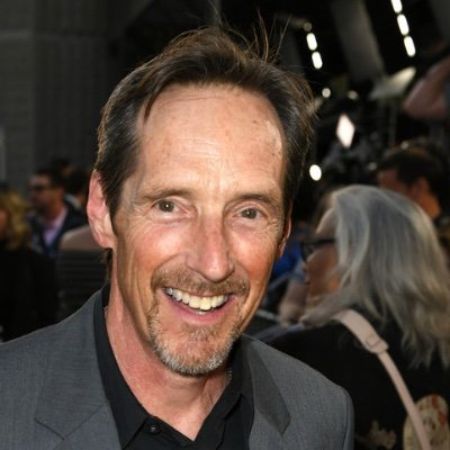 Taylor Nichols, born Cecil Taylor Nichols, is an American actor, producer, and film director. He ama s sed recognition for his roles in films such as Metropolitan, Barcelona, The Last Days of Disco, and Damsels in Distress. Moreover, the actor has notable credits in TV series like Criminal Minds, Perry Ma s son, and PEN 15.

How Old Is Taylor Nichols? What's His Height?

Taylor Nichols was born Cecil Taylor Nichols on March 3, 1959, in East Lasing, Michigan, the United States. He is 62 years old as of writing this article.

Talking about his education, he completed his schooling at East Lansing High School and later attended the University of Michigan, Ann Arbor, Michigan, where he majored in business and theatre.

He is American in terms of nationality and white by ethnicity. He stands at the height of 5 feet 10 inches (1.78 meters).

Taylor Nichols first appeared on screen with the film Metropolitan in 1990. He appeared as Ted Boynton in the film Barcelona in 1994.

The following year, he was cast in the films, including Dirty Money, Headless Body in Topless Bar, The American President, and Congo.

He starred as Charlie / Ted Boynton in the comedy-drama film The Last Days of Disco in 1998. He acted as Mark Degler in the science fiction action film Jura s sic Park III in 2001.

The actor later appeared in an episode of the TV series CSI: Crime Scene Investigation in 2004. He also joined the cast of the crime drama series Criminal Minds as William Reid in 2007.

Nichols went on to star in the comedy film Damsels in Distress in 2011. Similarly, he was seen in the monster film Godzilla, starring Elizabeth Olsen, Sally Hawkins, and David Strathairn in 2014.

Some of his other films and television series include Bipolar, Bestseller, Perry Mason, and PEN 15.

Details Of His Millionaire Status

The 62-year-old actor holds a whopping net worth of $1.5 million as of June 2021. He gains a considerable amount from his work in the entertainment industry.

Some of his box offices hit movies with their budget are down below:-

Who Is His Wife? Father Of Two Daughters

Metropolitan actor is married to his long-term partner Margarita de Eguilior, who is Spanish. The two first met during the production of the film Barcelona.

After dating for a few years, the couple tied the knot in 1995. They welcomed their first baby daughter, Alexandra Nichols, on January 21, 1999.