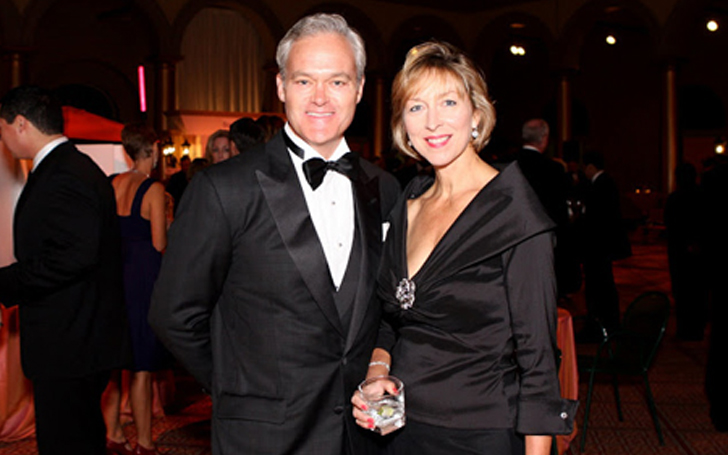 How often do we hear of husband and wife who have stayed together for more than 30 years? Well, that's something very rare to find. We have a similar kind of couple. It's the reporters Scott Pelly and Jane Boone. Scott Pelley currently hosts CBS News' magazine show 60 Minutes along with Steve Kroft, Lesley Stahl, Lara Logan and Bill Whitaker.

CBS News Correspondance Scott Pelly and former Channel 5 reported got married in 1983. They share two kids who have both grown up. Let's find out the married life of this couple.

Mr. and Mrs. Pelley have been married for a long time, to be exact 32 years. Even after spending this long together their love is still the same.They say love never gets old, well this couple is the best example for it.

This is what Scott answered when questioned about his love life:

“Jane and I lived here for 20 years. We met here, and we were married here on the SMU campus. We had our children here.”

Talk about a couple with history!

In their 32 years of married life, the duo shares two kids. The kids are not kids anymore they are grown ups now. One of them have graduated and the other is still in high school. Oh! almost forgot to tell their names. They are Reece Pelley and a daughter named Blair Pelley.

The couple is happy for their kids. And the kids consider themselves to be lucky to have parents like Pelley and Boone. They have traveled all around the world together. It's a family dream come true.

Now, let's find out how the perfect couple met each other and how Pelley Impressed Boone.

These two met in Dallas for the first time. Everything was natural, Pelley was cool with Boone's friends and according to Jane, Scott was very different from other guys. He was a very passionate guy. When they first met, the CBS reporter was hang gliding and taking photos.

Along with that, he had many other interests as well. Whereas, Jane could not get half-price tickets to the opera and had a hard time finding someone to go with Pelley he was like; ‘Oh my gosh, the opera! Let’s go!

Among many of his interests, scuba diving was one and he wanted his wife to go with him so, his wife Jane also got certified. Now they are together and happy with what they have. Basically, Scott Pelley was himself and impressed Jane Boone.

There's no doubt that they will stay together with each other. Best wishes to the couple. For more updates and celebrity news remember Article Bio.