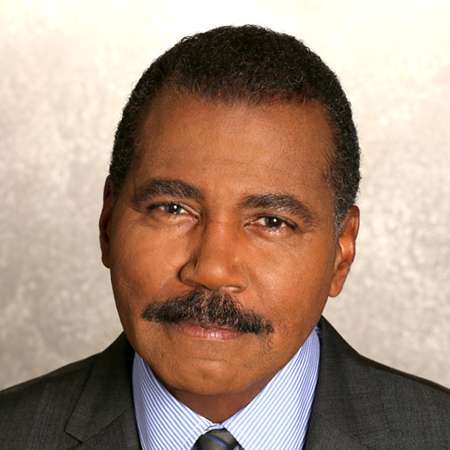 Bill Whitaker is a recognized face in the field of media. The TV journalist currently serves as a correspondent on the CBS News program 60 Minutes.

Bill Whitaker is a son of Mary Whitaker and William Whitaker who was born on 26 August 1951 in Philadelphia, United States. He graduated from Hobart and William Smith Colleges with a B.A. degree in American history in 1973.

Then he went to Boston University to complete his Master's Degree in African-American studies in 1974. Also, he attended a graduate journalism program in 1987 at the University Of California, Berkeley.

Bill Whitaker started his career in 1979 at KQED in San Francisco, California. He became a correspondent of WBTV in Charlotte, North Carolina in 1982. From 1985-1988, he went to Atlanta and covered politics reports. He became a news reporter on CBS in November 1984.

He also became CBS News' Tokyo correspondent in 1989 and went to Los Angeles on November 1992 and served as CBS News correspondent. In March 2014 he became correspondent for the CBS news program 60 minutes. His 30 years of experience at CBS helped him to be the signature reporter for 60 minutes.

Whitaker, an Emmy award winner has virtually covered all the major news in the west. He is regularly reporting for CBS Evening News and other CBS news broadcast. He has also worked for Sunday morning. He's one of the memorable Sunday morning profile was of ex-boxer Mike Tyson.

He also has interviewed Mexican President Enrique Pena Nieto and Michelle Obama. Jeff Fager, the chairman of CBS said in his statement, “Bill Whitaker is one of the great veterans of CBS News. He has had a distinguished career covering just about every kind of story all over the world. Bill is a natural fit at 60 Minutes and it's exciting that he has agreed to join us."

Bill Whitaker has a net worth of around $1 million. The majority of his net worth is thanks to his illustrious media career. He has been working for CBS net worth for a long time and is paid over $91k as an annual salary.

Whitaker is married to Mrs. Terry. The couple has two children, a son, Gail Whitaker and a daughter, Lesley. CBS journalist Bill has listed his home in Hollywood Hills West at $1,999,999 he had bought the property in 1993 which had a net worth of $510,000. Recently he is residing with his wife, Terry and his children sharing the same apartment in Los Angeles but will move his family to New York with the position.

In 1987, the Journalist Bill was awarded an honorary Doctorate of Humane Letters from Hobart and William Smith Colleges. He has also won Emma Awards for his report on the collapse of Jim and Tammy Bakker's television ministry. Whitaker has lived in many places, ranging from Charlotte, N.C., and Atlanta to Tokyo and Los Angeles during his year as a TV journalist.