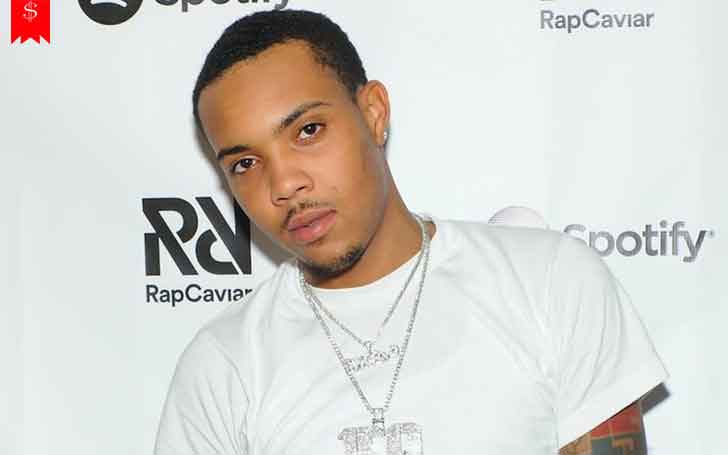 G Herbo aka Lil Herb is a renown rapper of the new generation rappers. From the beginning, the American rapper is leading a successful career for a few years now and is regularly releasing albums. Herbo is loved by the audience and critics for his incredible music.

Lil Herb is leading a lavish lifestyle from his flourishing music career. He was even involved in a legal case as well, for details, keep scrolling.

How Much Is G Herbo's Net Worth? His Income Sources

American rapper G Herbo is in the music industry for a few years now but he is enjoying a successful career from the beginning. Herbo is better known by his stage name Lil Herb. From his successful career, the rapper is earning a handsome amount of money but there is no reliable information about his exact net worth. 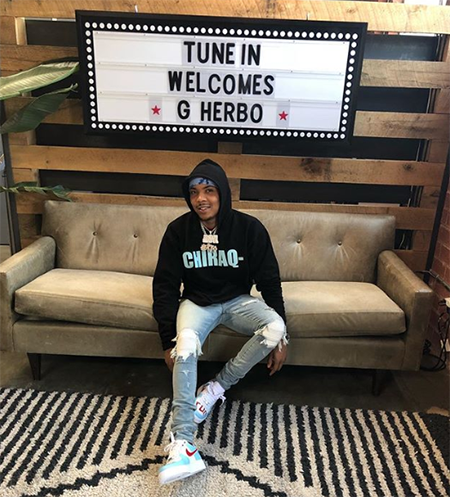 Lil Herb began his music career in the year 2012. He alongside his friend Lil Bibby worked in the song Kill Shit which has more than 35 million views on YouTube as of 2018. After the success of Kill Shit, the rapper gained fame in the world of rap. The duo was praised by the Canadian rapper Drake as the future of the rap.

In February 2014, Herbo released his first mixtape Welcome To Fazoland. The album was an honor to his friend Fazon Robinson who was killed by gun violence in Chicago. The album was critically acclaimed and the rapper was praised by the audience for his work.

Continuing his music journey, the star released his second mixtape Pistol P Project in December 2014. The mixtape has been downloaded more than 575,000 times on Spinrilla. The album includes 10 tracks including Pistol P (Intro), Where I Reside, Nothing At All, and others.

In September 2015, the rapper released his third mixtape titled Ballin Like I'm Kobe. The album consists of a total of 16 tracks including Watch Me Ball, P Interlude, Peace of Mind, Struggle, and others. The album was critically acclaimed with high ratings.

Similarly, the incredible rapper Herbo released his fourth mixtape Strictly 4 My Fans in November 2016. The album includes 11 songs, such as; Gutta, Crazy, Eastside Story, and others. The rapper is engaged to the labels like Machine Entertainment Group, 150 Dream Team, and others. Herbo has over 528K subscribers on his YouTube channel under his name.

The successful rappers G Herbo is leading a lavish lifestyle from his flourishing musical journey. The young rapper is enjoying a blissful life and is seen hanging out his friends and family in some exotic places.

The rapper Lil Herb drives around in some fancy cars. Though there is no information about the rapper's house, he definitely resides in a luxurious house. From his relationship to the Instagram star Ariana Fletcher, he is a father to a son named Yosohn born in 2018. 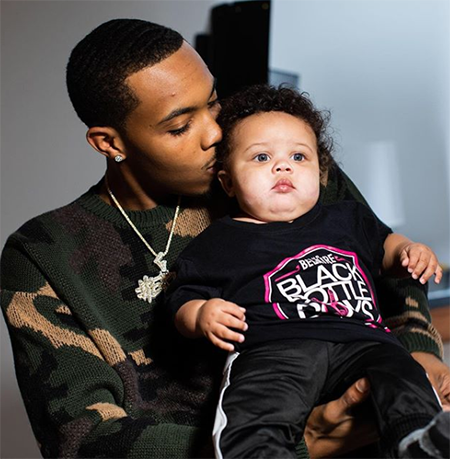 In February 2018, Herbo was arrested for the weapons possession. Their limousine driver notified police that the rapper and his friends were carrying weapons and later after the observation, it came to know that a loaded handgun Fabrique National was placed in the seat rear pocket. Following the investigation, the hip-hop artist and his friends were charged with illegal use of a weapon.