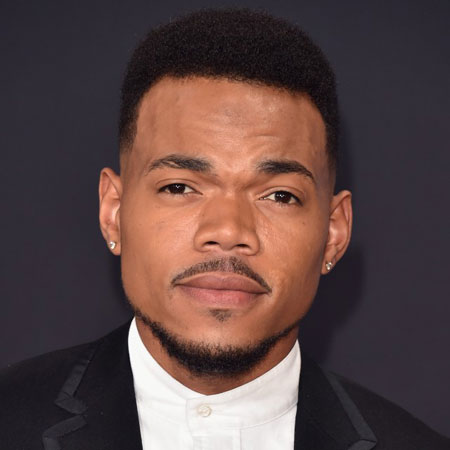 Facts of Chance The Rapper

Labeled as the next big thing in the Rap world Chance the Rapper is an American rapper, producer, songwriter and record producer from the Windy City of Chicago. The same city who gave birth to famous or say infamous Kanye West whom Chance considers his idol. Chance gained international fame when he was nominated for Grammy Award as a free independent artist and later won three of them including Best new artist, Best Rap Album, and Best Rap Performance.  He was also the first one to be nominated as an independent artist in the Grammy without signing any major record labels.

Altogether he has three mixtape album to his name all released free on mixtape sharing site DatPiff 10days, Acid Rap and Coloring book. Apart from his solo work, he is also involved with Chicago Collective band Save Money and The Social Experiment.

Chancellor Johnathan Bennett is also known as Chance The Rapper was born on April 16, 1993, in the southern part of Windy city Chicago to father Ken-Williams Bennett and Mother Lisa Bennett. His father Ken Williams worked for the City's Mayor and later for former U.S president Barack Obama when he was still a senator.

He is American by nationality and is black in ethnicity and follows Christianity. His younger brother Tyler Bennet is also a rapper. Bennett attended Jones College Prep Higher School but did not have good grades and was often suspended.

Chance The Rapper's early music Career was influenced by Michael Jackson, who pa s sed at the age of 89 after a long battle with cancer and Kanye West.  He considers West a huge influence on his Hip Hop Career and says he was the one who inspired him to be a rapper. Chance began rapping at the age of six and spent most of the time in his junior years writing the draft for his later to be released debut project 10 days.

Later when he was still in college and suspended for Marijuana possession he recorded his first full length mixed tape titled 10 days. In February 2012 he was included in an article by Complex Magazine titled "10 New Chicago Rappers to watch out".

Chance's first mixtape 10 days was officially released in April 2012  and since have been downloaded over 5,00,000 times.  The album was hit on the mixtape sharing site DatPiff and helped him to make connections in the Rap world.  His second mixtape titled Acid-Rap was released a year after in April 2013 and featured Twista and Gambino.

The album helped him to push his career further and was an instant hit in DatPiff with downloads over 1.5 million. It was certified diamond and listed on no.26 by the Rolling stones in Top 50 albums of the year.  Chance third mixtape Coloring book a.k.a Chance 3 was released in May 2016.

Besides his solo career Chance is also the lead singer of the group The Social Experiment. The group's debut album titled  Surf was released on May 2015 on i tunes as a free download.

Chance works independent as a free artist and is not a s sociated with any labels. He has also made guest appearances on various television shows such as The late show with Stephen Colbert, Saturday Night show and The Eric Andre show and was included in XXL magazine's annual freshman cla s s for 2013.

In an animated television series Black Dynamite(2014) he voiced the character of Bob Marley.  On Grammy Award 2017 Chance the Rapper won three Grammy awards for the Best new artist, Best rap performance and Best rap album (coloring book) and made history in a sense by winning Grammy without selling his records physically i.e only in the online platform without signing with any major labels.

Chance the Rapper's Net Worth And Salary

Despite not having a major label record deal he is one of the most successful unsigned musical artists of all time.  As of May 2019, his net worth is estimated to be $35 million, as per celebrity net worth. He does not earn money from his profit sales of music but still, he earns from tours, merchandise, endorsements, and sponsorship.

His yearly salary is estimated to be $117,467 since his Grammy award-winning and forthcoming fame, his salary is sure to be increased in the near future. In the between of September 2016 and September 2018, the artist bagged around $32 million from his various endorsement deal.

It is reported that Chance the rapper is buying $4.025 Million Condo in Streeterville, Chicago.  Previously he lived in Hollywood, L.A briefly sharing home with James Blake which he considers "Ungodly" or Immoral. Chance is also active on Instagram and has 9.6 Million+ followers as of 2019 and it is also the major source of income.

Chance the Rapper currently lives in his hometown Chicago. He was in a relationship with Kirsten Corley. The couple first met in 2013 and began dating. The pair have a daughter named Kensli who was born in September 2015. Her whereabouts were kept secret until  December 2016 when Chance posted a picture of his daughter on Instagram.

The duo separated shortly after the birth of their baby girl in May 2016.  Corley then went to court in order to make Chance pay child support. After having some disputes over the matter it is reported both parties have met with an agreement. The dispute was settled out of court on March 21, 2017.

Besides his musical contribution, Chance is also a social activist and has actively involved stopping gun violence in Chicago with his father promoting #SaveChicago campaign.  In November 2014 Chance was named Chicago's Outstanding Youth by Mayor Rahm Emmanuel.

Chance The Rapper's Age, Height, And Other Facts