Relationship Goals!!! Anderson Paak Gives Credit To Wife Jae Lin For All His Success-Find Out Why? 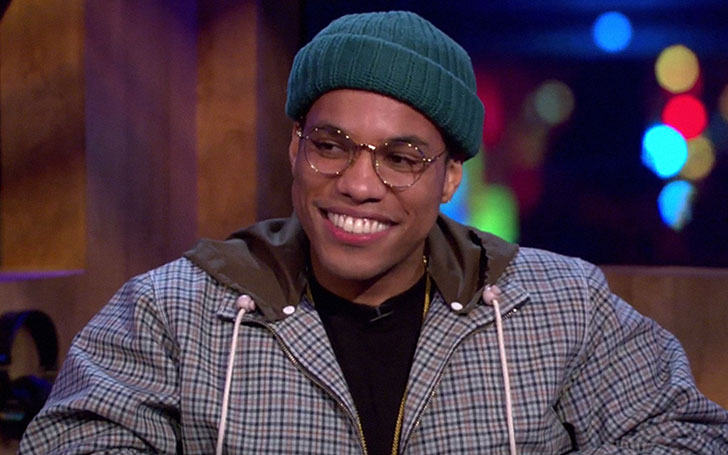 Unlike other famous personalities who tend to keep their life private, Anderson Paak is very open up about his personal life. We all know that he is happily married to gorgeous wife Jae Lin and the couple has been together since 2011.

In today's world where love exists only in romantic movies and novels, couples like Paak and Lin give us hope for love. We are here to discuss what makes the pair so special? What is the secret to their happy and blissful relationship? Stay with us to know more.

Anderson Paak exchanged the vows with his longtime girlfriend Jae Lin in 2011, who is his second wife. Paak first met Lin at the Musician Institute of Hollywood where the former was working as a music teacher and the latter was a vocal student. After happening to like each other, the couple started going out a few more times.

After some courtships, Anderson and his loving wife Jae began dating. Just a few years later, the two tied the knot.

During an interview in September 2015, he disclosed that his first child was born in 2011. The couple named their son Soul Rasheed. At the time of his date of birth, Paak worked at a Santa Barbara-based marijuana farm. But, he left the job in order to live with his wife and newly born baby boy.

While in talks with The Breakfast Club in 2016, the rapper praised his wife saying

“This is the one that matters, Jae Lin… I’m a lover boy. Blame it on my mama. You only get a couple good marriages… she came from Korea and didn’t speak no English. She got the balls. But, no, not really.”

In addition, he revealed that he found his true love in the form of Jae Lin. Paak claimed that Lin was always by his side besides being broke. We can see, there are numerous stories that the wife is the major driving force in her husband's growth behind the scene.

In his mid-twenties, he was living happily with his family in California working on Weed farm. Later in 2011, he lost his job and became homeless.

Paak and his better half were able to uplift their financial status with the help of fellow musician Shafiq Husayn. After his debut album, Venice became hit he found a place for him, his wife and a newly born child.

In the same interview by The Breakfast Club, he was asked about the period when he was on the streets. Paak said:

"There was a period of time where I was homeless, and I had a family. My son was a newborn. I just got married. That time of being homeless built a lot of character. That’s the foundation that I’m on right now. A lot of songs came out of that. I needed that shit."

The rapper is living a happily married life with his wife. His adorable family helped him achieve remarkable success in his career as his wife being a supportive figure who assisted him in the path to stardom. So far, for all success, the credit undeniably goes to the supportive hands of his wife. The artist is also a devoted family member and doting father also.

You May Be Interested, Chris Brown: No Charges For The US Singer After Arrest Over Rape Allegations. Claims To Sue The Accuser

In April 2016, Anderson revealed that Lin was his second wife during an interview with The Guardian. He recalled:

He married his then-girlfriend at the age of 21. He met his former wife at Oxnard's Church and later moved to Los Angeles with her in the same year.

However, the couple was not together for long. Anderson to LA Weekly in 2016 said:

"Soon as I married the girl, I was about to divorce her. I just wanted some stability. She was encouraging towards me singing and getting back into music… so I was grateful to have gone through that."

Cheeky Andy never disclosed the name of his first wife. Meanwhile, it seems as if Anderson bumped to stone so that he could meet someone caring and supportive.