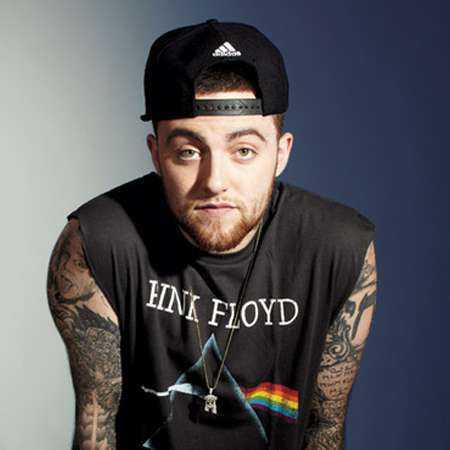 Mac Miller was an American rapper. He was definitely one of the best white rappers in America, evolving rapidly in a period of just six years from a minor frat-rapper to a mainstream spiritual and introspective musician. He was definitely one of the most successful artists as his debut album Blue Side Park debuted at #1 on the Billboard 200 without any major label support.

Mac Miller was born  Malcolm James McCormick on January 19, 1992, in Pittsburgh, Pennsylvania. He was born to Karen Meyers, a professional photographer and Mark Meyers, an architect. Although his father was a Christian, Miller identifies as a Jewish as his mother was Jewish. He also had a Bar Mitzvah.

Mac Miller attended Winchester Thurston School and Taylor Allderdice High School. He decided to make hip-hop and rapping his career during high school and taught himself to play piano, guitar, drums, and bass.

Starting to rap at the age of fourteen, Mac Miller released his first mixtape ‘But My Mackin’ Ain’t Easy’ at the age of fifteen. Prior to changing his name to Mac Miller, he was known by the name EZ Mac. After joining the rap group Ill Spoken, he released several mixtapes with the group including How High (2008), The Jukebox: Prelude to Class Clown (2009), and The High Life (2009). In early 2010, he signed with Rostrum Records.

On November 22, 2010, Mac Miller’s first single "Knock Knock" premiered its video on YouTube. In 2011, he released his fifth mixtape, ‘Best Day Ever’. The mixtape featured several mainstream producers and hit songs “Wear My Hat” and “All Around the World”.

On July 5, 2011, he announced his first album, Blue Side Park, which was released on November 8, 2011. Blue Slide Park debuted at number 1 on the Billboard 200 with first-week sales of 144,000 copies, is the first independently distributed debut to take the number one since 1995. The same year, he also gathered fame by being featured on Maroon 5’s “Moves Like Jagger”.

In 2012, Mac Miller released his long-anticipated music video for “Missed Calls” and his seventh mixtape called Macadelic, which featured tracks about his ex-girlfriend with whom he had had a long-term relationship since middle school.

He also released several other songs like Onaroll, Pink Slime, Thoughts from a Balcony, PlaneCarBoat, etc. On March 4, 2013, Miller released his new mixtape “Run-On Sentences Vol. 1”, solely featuring instrumentals. On June 18, 2013, he released his second studio album “Watching Movies with the Sound Off”, which was generally met with positive reviews.

The same year, Mac Miller also founded his own record label called REMember Music. He also toured with fellow rappers Lil Wayne and 2 Chainz. Miller left Rostrum Records in 2014. He also released his tenth solo mixtape, Faces. In 2015, he released his third album “GO: OD AM”. In 2016, Miller announced his fourth album, The Divine Feminine, scheduled to be released on September 16, 2016.

Mac Miller's Net Worth And Salary

Mac Miller had an incredible net worth of $9 million. He earned a huge amount of salary from his successful career.

Miller's debut studio album Blue Slide Park reached #1 on the Billboard 200 chart as well as #1 on the US Rap and US R&B charts. He released his second album Watching Movies with the Sound Off in 2013 and the album reached #3 on all three of those charts.

Although leading a successful rapping career, Mac Miller has had his major ups and downs in his life. At a time in his life, he was deeply addicted to a combination of promethazine and codeine known as "purple drank" or "lean".

He quit taking the drug in November 2012. He has also been arrested for possession of Marijuana. Recently, the rumors stating that he’s dating Ariana Grande has proved to be true. Grande is his current girlfriend.

He said that he became addicted to a combination of promethazine and codeine, known as "purple drank" or "lean", which he began taking to manage the stress he was enduring during his Macadelic Tour in 2012.

Mac Miller and his friends were arrested in February 2011, while on tour in Upstate New York, for possession of marijuana for which they had to spend the night in jail. The case was settled.

Producer Lord Finesse filed a $10 million lawsuit against Miller, Rostrum Records, and DatPiff on July 9, 2012, for the use of a sample of Finesse's song "Hip 2 Da Game" used in Miller's 2010 mixtape song "Kool-Aid and Frozen Pizza".

In March 2015, the band Aquarian Dream filed a $150,000 lawsuit against Miller for sampling the band's song "Yesterday (Was so Nice Today)" in the song "Therapy" on his 2014 mixtape Faces.

Miller was arrested in May 2018 on charges of driving under the influence and hit and run after allegedly crashing into and knocking down a power pole and fleeing the scene with two passengers. Police arrived at the scene, ran Miller's license plate number, and obtained his address. Miller confessed to the crash when police arrived at his home. Miller was taken into custody and released on $15,000 bail.

Miller died of a suspected drug overdose in his Studio City home on September 7, 2018. He was found unresponsive around noon that day, after a friend called for an "immediate dispatch" for a patient in cardiac arrest, according to a 911 call.

Miller was pronounced dead at the scene upon arrival of authorities. He was scheduled for a video shoot on the day of his death. An autopsy was done, however, the cause of death is yet to be officially determined.