Chris Brown: No Charges For The US Singer After Arrest Over Rape Allegations. Claims To Sue The Accuser 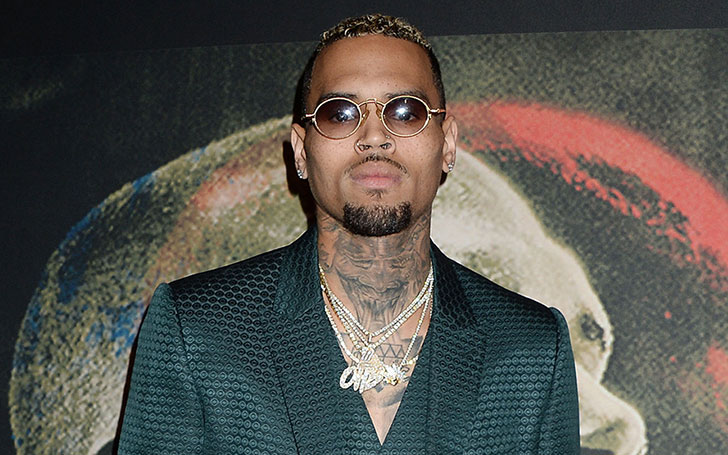 Chris Brown Arrested On Tuesday In Paris On Allegations Of Rape And Drugs Violation With Two Other Unidentified Including Brown's Bodyguard.

The New York Times confirmed, "Chris Brown and two others were placed in police custody on Monday on suspicion of aggravated rape and a drug offense after a woman filed a complaint with Parisian police accusing the group of raping her at the singer’s hotel."

However, the US Embassy in Paris declined to comment anything on Brown's halt.

'Though no charges have been filed, the investigation is carried on', the prosecutor shared.

Denying the accusation, the singer on Instagram wrote "I wanna make it perfectly clear ..... This is false and a whole lot of CAP!," he wrote in the all-caps message. "... For my daughter and my family, this is so disrespectful and is against my character and morals!!!!" 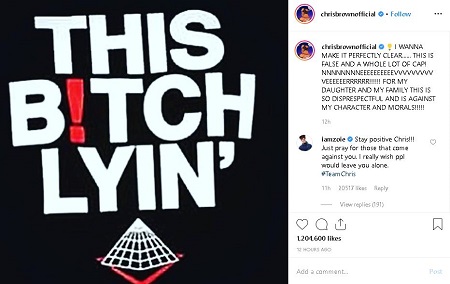 The singer appointed Raphael Chiche as his lawyer who has not responded to comment yet. Later, Chiche said:

My client vigorously protests his innocence slander of which he has unfairly been the subject.

Chiche confirmed that he and his client, Brown are preparing to file a complaint against the accuser. 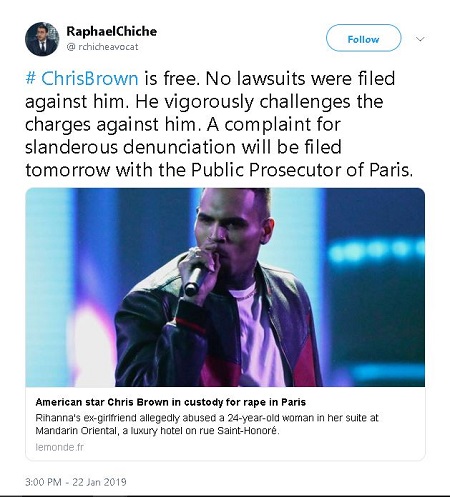 This is not the first time he is followed by legal trouble. He was arrested in 2009 for assaulting his ex-girlfriend, Rihanna. Moreover, for the case, he was detained for six years ended on March 2015.

Eventually, Brown was brought to court after being sued by a woman in May 2017. The women claimed she was physically assaulted by Brown and his associates at the party held at his home in February 2017.

Again in July 2017, he was arrested for the case of punching a photographer in Tampa, Florida which was actually the incident of April 2017.

His most recent encounter with legal allegations was just last month for the possession of a capuchin monkey as a pet permitless. He is scheduled for 6 February to appear on the court.