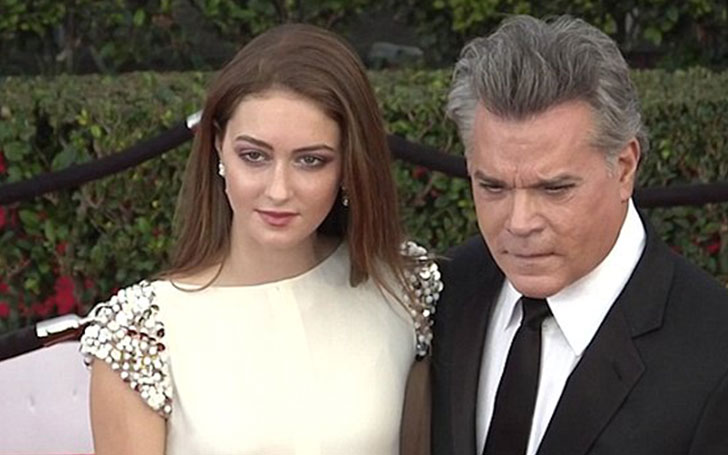 Ray Liotta is an American actor and film producer is best known for his appearance as Henry Hill in the crime drama Goodfellas. He has been active in the industry since 1978 and is considered one of the Hollywood legends with dozens of role in movies and TV series.

We all aware of his professional achievements, but what about his personal life? After his divorce with first wife Michelle Grace, is Liotta dating someone new? Who is his girlfriend?

Who Is Ray Liotta Dating? His Present Girlfriend!!!

Ray Liotta, the proficient Hollywood Actor is enjoying his life with his long-term girlfriend Silvia Lombardo an Italian-American actress. Sources reported that the couple started dating in late 2015. The love brides started making their appearance publically in the mid of 2016.

The duo is frequently seen appearing together in public places and often creating headlines in the media for their romance.

Though the couple is together for many years, they are quite private and does not share much about their relationship. Liotta being active on social media, Lombardo is not seen on his posts. His social media is filled with a glimpse of his cute and adorable daughter and most of his professional career.

Me and my beautiful girlfriend at the Vatican in Rome. pic.twitter.com/rL8js5sEOL

In 2017, Ray revealed the picture of the couple enjoying at the Vatican, Rome. The couple seemed to have fun together and are enjoying their romantic partnership. In Feb 2018, the loving couple also spent the festive season together in Los Angeles, California.

Until now, there are no rumors of their break up or controversies. By looking at how much happy they are, it seems they will soon be taking their relationship to the next level.

There would not be any surprise if the new marriage alert airs in the news and social media.

The couple first met each other at a baseball game of Grace's ex-husband Mark Grace and began dating. After a few years of successful relationships, both sealed their love with the conjugal relationship. They tied the knot in front of their close relatives, family members and friends.

#TBT Hard to believe that my baby girl just graduated high school. Why can’t they stay this way?

The then-power couple shares an adorable child; daughter Karsen Liotta born on 21 December 1998. Karsen followed the path of her mother, and currently is among demanded actress. In 2000, she starred with her parents in the film A Rumour Of Angels.

The former pair was also a popular reel life couple who worked together in the movies like The Rat Pack. Furthermore, Michelle worked with Ray as both producer and an actress in four movies. Though having seven years of a successful marriage, they parted away in 2004.

Even after their divorce, they share a friendly relationship. The movie Take The Lead is, in fact, the proof that they seem to be closer than ever.

After the divorce, Ray was seen in the number of relationships with popular celebrities including Donna Puzio, Jill Marie Jones, Catherine Hickland, Sherrie Rose, Heidi Von Beltz, and Vicky Dawson. But none of those relationships lasted long and every relationship ended in a mysterious way.

Well, presently Ray is happy with the new love of his life, Silvia Lombardo.