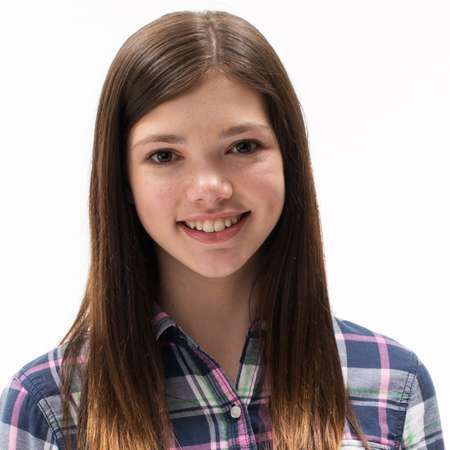 Canadian actress Alisha Newton saw TV acclaim as Georgina 'Georgie' Fleming Morris in the family drama TV series Heartland (2012- Present). Beginning her career through commercials at the age of 4, Newton made her acting career debut in 2010 and has already walked the road of success- thanks to his brief TV appearances in Supernatural, When Calls the Heart, Hudson, and Debris.

Who Are Alisha Newton's Parents? How Old Is She?

Born on July 22, 2001, in Vancouver, British Columbia, Canada, Alisha is one of 2 daughters to Jeff Newton and Diane Newton, parents with a trader business. She has a sister named McKenzie Newton, a YouTuber. A Canadian by nationality, Newton is of white ethnicity.

While the exact detail on her academics is yet to be out, she graduated from high school in 2019. Moreover, she was planning to join a dance institute to sharpen and professionalizing her dancing passion.

Before the current phase of activeness and attention with the natural form of acting within the industry, Alisha Newton worked in a bunch of commercials & made minor TV appearances. At the early age of 4, she was featured in a number of commercials on television and would land an on-screen career four years later.

Her amazing act came after the portrayal of Annabeth Chase in the fantasy-adventure Percy Jackson: Sea of Monsters (2013) starring Logan Lerman, Brandon T. Jackson, and Alexandra Daddario. Moreover, the same year, she worked in another film Heart of Dance.

With her promising acting, Newton grabbed the eyes & expectations of directors that she could reach the top. It was in 2012 when Alisha got her career breakthrough from the Candian family drama Heartland, in Season 6; there she portrays Georgina 'Georgie' Fleming Morris and totals 134 episodes in 2021.

Who Is Alisha Newton Dating? Name of Her Boyfriend?

Familiar with the media interest, Newton who saw TV career success at a young age, perhaps has mastered the chants of secrecy when it comes to her personal life- not to mention, her relationship especially.

The Canadian actress in her late teens grabbed the dating limelight in April 2019, after her romance with a guy named Reas Schmaling, was almost Instagram official. Though, they never confirmed if they are dating actually.

Furthermore, ever since, Alisha has not posted pictures with Reas or has talked about her love life. Even if she is seen sharing some moments together with Candian equestrian Cayden Crowshaw, they seem to be totally platonic.

No official report on Newton's boyfriend or dating is out. No doubt, the charm brown-eyed brunette beauty couldn't stop anyone from falling for her.

In 2013, Alisha Newton attended the wedding of her Heartland co-star Amber Marshall and her husband Shawn Turner, who exchanged vows only after a year of engagement (in spring 2012).

An avid user of Instagram (@alijnewton), the Canadian actress has over 434K followers while her Twitter (@alijnewton) accounts with over 40.2K followers.

Net Worth of Alisha Newton

Professional as an actress for over a decade, Newton's TV series & film works grabbed her fame along with a considerable fortune. With a unique blend of confidence and intuition, Alisha saw an impression as an "old and likable soul" for her natural delivery of acting.

Online sources estimate that Alisha Newton has a $1 million net worth in early 2021. Thanks to her work in the series Heartland (2010- Present) that summed up tens of thousand dollars an episode along with appearances in the film Percy Jackson: Sea of Monsters (2013).