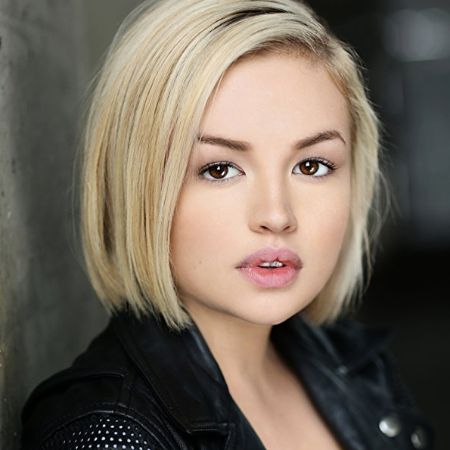 Jessica Amlee is a Canadian film and television actress best known for playing the role of Mallory on the CBC television series, Heartland. She is in a romantic relationship with actor David Jones-Roberts.

Jessica Amlee was born on July 17, 1994, in Maple Ridge, Canada, in a middle-cla s s family, under the birth sign of Cancer.

Her parents raised her along with her brother in Vancouver. She is of Canadian nationality and belongs to white ethnicity. Amlee is 5 feet 3 inches (1.6 m) tall and her weight is 45 kg (99.21 lbs).

As for her educational background, Amlee completed her schooling and high school studies in Canada.

She is a huge fan of the HBO series, Game of Thrones, and she reportedly adores Arya Stark from the series.

Jessica Amlee made her acting debut with the role of Annie Owen in an episode "Dead Dog Walking" of the NBC drama series, Mysterious Ways.

In the same year, she appeared in each episode of The Outer Limits "Time To Time," Dark Angel "Girl Girl" and Smallville "Jitters."

As for her movie appearances, Amlee made her film debut with the role of Young Julia in the 2002 supernatural horror movie, They.

She has since appeared in numerous films such as Kidnapped, Beneath, My Life Without Me, A Heartland Christmas, SuperBabies: Baby Geniuses 2, Last Chance Cafe and Eve and the Fire Horse.

Jessica Amlee is a good example of beauty with brains. With her extraordinary performances in films and television series, the 25-year-old talented actress has earned a decent amount of money.

The exact net worth of the  SuperBabies: Baby Geniuses 2 star has not been disclosed. However, the total fortune of the beauty with brains actress is estimated to be $2 million, according to some online sources.

In a Relationship With David Jones-Roberts

As we mentioned earlier, Jessica Amlee is in a relationship with an Australian actor, David Jones-Roberts, who is best known for playing the role of Xavier Austin in the Seven Network soap opera, Home and Away.

The couple often posts photos with each other on their Instagram accounts.

My uber talented girlfriend @jessicakelseyamlee has a show coming out today! Go check it out! Let me know what you think! #GreenhouseAcademy #netflix . As you can see I'm pretty excited about it!

It's unknown when Amlee and Jones-Roberts started dating but it's clear that the boyfriend-girlfriend duo is enjoying a romantic relationship together.