Famous for his top-notch acting as Jordan Kent in The CW series Superman and Lois, Alexander Garfin is an American teen actor from Manhattan, New York City. The 16-year-old has remarkable roles in TV series like New Amsterdam and Law & Order: Special Victims Unit. Furthermore, he did the voiceover in the animated film The Peanuts Movie.

Alexander Garfin was born in Manhattan, New York City, the United States, to Krin Carnaroli Garfin and Jeffrey Garfin. His mother is an award-winning reporter and TV producer.

He belongs to the white ethnicity and holds American nationality. As of 2021, he is 16 years old and stands at the height of 5 feet 7 inches or 1.7 meters.

As per his education, he was trained at Fiorello H. LaGuardia High School of Music & Art and Performing Arts in NYC with his brother Max Garfin. 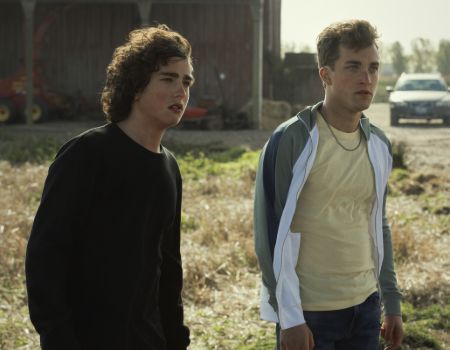 Alexander Garfin as Jordan Kent in The CW series Superman and Lois SOURCE: We Are Entertainment News

In 2015, he worked as a voiceover of Linus in the animated film The Peanuts Movie. From 2016 until 2017, he provided a voice in the animation TV show Whisker Haven Tales with the Palace Pets.

He made a notable appearance as Elio in the television series New Amsterdam in 2020. As of now, he co-stars as Jordan Kent in The CW series Superman and Lois, opposite Tyler Hoechlin, Elizabeth Tulloch, Erik Valdez, and Dylan Walsh.

How Much Is Alexander Garfin's Wealth?

Alexander Garfin is a rising actor well known for his role in The CW Superman and Lois. He also has been part of TV series like New Amsterdam and Law & Order: Special Victims Unit.

His net worth is not officially disclosed yet. However, the teen actor is a s sumed to have a net worth of around $500 thousand as of April 2021. He earns a decent salary from his profession.

Alex's voiceover work in the animated film The Peanuts Movie was critically acclaimed. The film was Gloden Globe-nominated, earning over $246 million at the box office against the budget of $99 million.

Alexander Garfin is currently not dating anyone and is believed to be single. The teen actor hasn't shared anything about his girlfriend and relationship status till now. 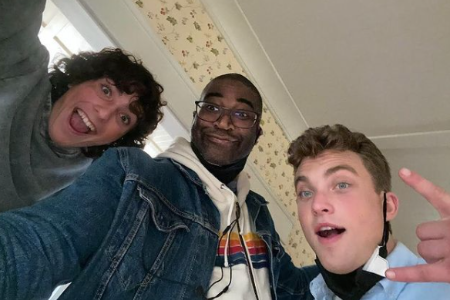 He is busy with his further studies and also active appearing in The CW series Superman and Lois.

Alex won the Young Entertainer Award and was nominated for the Annie Award in 2016. He is available on Instagram under the handle @alexgarfin, which has 27.6 thousand at the moment.