American actress Elizabeth Tulloch, who went professionally as Bistie Tulloch until 2017, set steps in the showbiz in her 20s and has seen applaudable screen time in a span of 2 decades. Starting from a recurring role in Lonelygirl15 (2007), the Harvard graduate caught ma s sive attention after portraying Juliette Silverton / Eve, one of the main casts, in Grimm (2011- 17). Moreover, she worked as Lois Lane in the superhero drama series Superman and Lois (2021).

Married and Mother of A Child- Who Is Elizabeth Tulloch's Husband?

A hectic time schedule and a limited time for family- a story of every celebrity on the hype! Throughout these years, Tulloch indeed has dealt with it, but thanks to her time management skills, she makes time for her husband and her children.

Currently, the Quarterlife actress is in a marital relationship with David Giuntoli, an American actor. As reported, they met on the set of the film Caroline and Jackie (2012), and later played on-screen interest in the TV series Grimm. Unlike their tumultuous romance in Grimm, Tulloch and Giuntoli maintain a healthy love life in real. 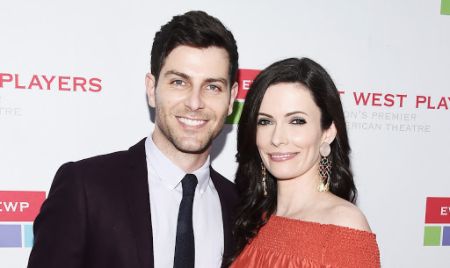 CAPTION: Elizabeth Tulloch and her husband David Giuntoli shares a daughter together; they married in 2017 SOURCE: Just Jared

In December 2014, the couple confirmed that they were dating, and then 2 years later, they got engaged in April 2016 (but revealed the news in July that year).  The Grimm co-stars married in June 2017.

Before moving to Washington in January 2020, Elizabeth and David maintained two residences- the 1920s remodeled Dutch Colonial in Portland and a 1920s Spanish house in Hollywood Hills.

How Old Is Elizabeth Tulloch? What's Her Height?

An American by nationality, Tulloch comes from a diverse ethnic background- has English, Scottish, Irish, and one-quarter Spanish/Mexican ancestry. Due to her father's job, she moved often while growing up & saw days in Spain, Uruguay, and Argentina before returning to the United States.

After attending middle and high school in Bedford, New York, the Tyranny star enrolled at Harvard University and graduated magna c u m laude with a double-major in Literature and Fine Arts.

Had Screen Credits To Name 'Bistie'- Why She Changed It?

When Elizabeth made her acting debut in 2001, she went by the name 'Bistie Tulloch', which was a homage to her World War II bomber pilot grandfather. Until 2017, all her on-screen credits were as 'Bistie' but has decided to use her real name 'Elizabeth Tulloch' since then.

In an interview with Niagara Frontier Publications, the American actress opened up that she changed her name due to a movie role after a producer asked her what name she would be willing to billed as. Moreover, her agent and manager immediately noded head in approval as well. Moreover, she added that she still introduces herself as Bistie to new people.

It followed her brief TV screen time in Outlaw and Tyranny in 2010, and a year later, Tulloch was cast in Academy Award-winning film The Artist (2011), starring Jean Dujardin, Bérénice Bejo, James Cromwell, among others. The film made on the budget of $15 million collected $133.4 million in the box office. 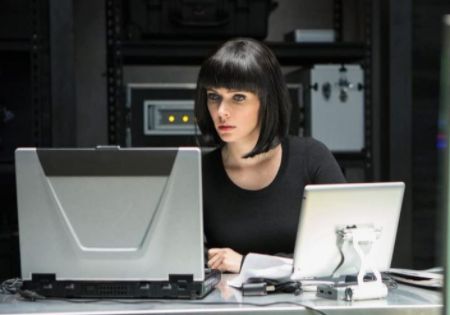 In 2021, Elizabeth got the main role of Lois Lane in The CW series Superman & Lois opposite Tyler Hoechlin (as Clark Kent/Superman), while other casts include Jordan Elsa s s, Erik Valdez, and Inde Navarrette.

Already, she had portrayed the same character during guest appearances in superhero series The Flash, Supergirl, Batwoman, Arrow, and Legends of Tomorrow.

How Much Is Net Worth Of Elizabeth Tulloch?

As of 2021, Tulloch has an estimated net worth of $2.5 million. The career journey of nearly 2 decades in the acting industry saw her acclaims with works in The Artist, Grimm, and Superman & Lois- the on-screen credits are the main source of her income.

Even if the Critics' Choice Awards nominee remains silent about her payroll, such an impressive acting & burgeoning career allegedly gets her tens of thousand dollars an episode from the TV venture. In addition to that, her Instagram (@bitsietulloch) with more than 415K followers has the potential to earn $1,243- $2,072 per sponsored post, if she signs an endorsement deal.