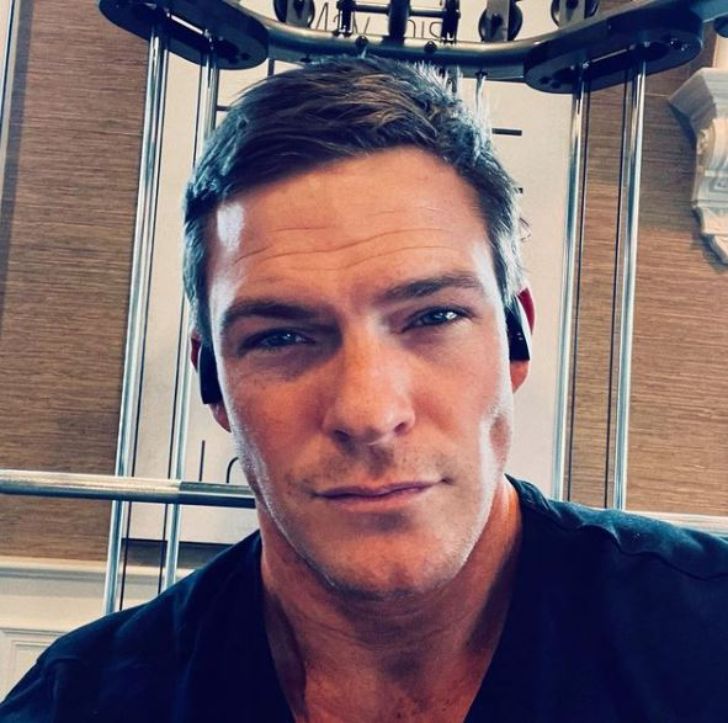 Starting his career by modeling with Abercrombie and Fitch, American actor Alan Ritchson progressed his way to acting with the TV debut as Aquaman/Arthur Curry in Smallville in 2005. The Northwest Florida State College graduate got a career breakthrough as a main cast in Blue Mountain State (2010-11). Further, Ritchson worked in Blood Drive (2017) and Titans (2018).

Born on 8th November 1984 in Grand Forks, North Dakota, the United States, Ritchson's full name is Alan Michael Ritchson. He is the second child of three to David Ritchson and Vickie Ritchson. His father is a retired U.S. Air Force chief master sergeant while his mother worked as a high school teacher.

The New Girl actor grew up with his brothers: Brian Ritchson and Eric Ritchson in Niceville, Florida, where they moved when he was 10. There, Alan attended Niceville High School (graduated in 2001) and later studied at Okaloosa Walton Community College (now Northwest Florida State College) and obtained an Associate of Arts degree.

Alan wanted to pursue a career as a singer initially. Moreover, he also participated in American Idol in 2004. By that time, he was already into modeling too; worked for the Abercrombie and Fitch catalog.

His career took a turn after he was offered the role of Aquaman in the DC's television adaptation Smallville in 2005. From that point, his journey in acting started. A year later, he played his first movie role in Butcher.

He made his way to stardom after appearing in the hit film The Hunger Games: Catching Fire. Moreover, he also grabbed fame after voicing the comic character Raphael in the 2014 movie Teenage Mutant Ninja Turtle.

In 2016's Teenage Mutant Ninja Turtles: Out of the Shadows. He won the Award of Merit for his performance in the short film Tree House Time Machine in 2017. 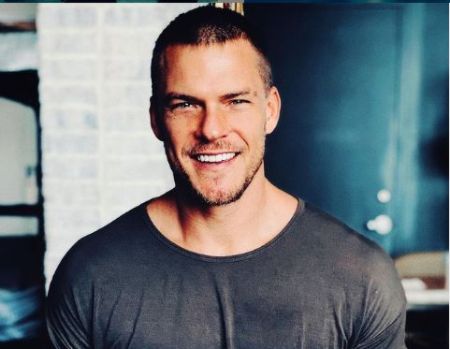 CAPTION: Actor Alan Ritchson started with a guest role as Aquaman in Smallville and later landed as the main cast in Blood Drive and Titans SOURCE: [email protected]

Then Alan Ritchson made notable movie roles in Ghosts of War (2019) and Dark Web: Cicada 3301 (2021). As per IMDB, the Grand Forks, North Dakota-born secured the title character in the Amazon series Jack Reacher. His other TV project under pre-production is Bad Seeds of Loving Spring.

According to Celebrity Net Worth, Alan Ritchson has a net worth of $4 million as of 2022.

With nearly 2 decades into the acting industry since his TV debut in 2003, Ritchson records more than 40 acting credits. And being in notable roles in those projects undoubtedly sought him a hefty sum of money.

Here is the list of his successful movies with their box office collection.

Moreover, his fame has earned him a massive 322K followers on his Instagram @alanritchson. As per the Influencer Marketing Hub tool, for a sponsored post, the Titans actor can sum up to $955 - $1,592 per sponsored post.

Reportedly, Alan Ritchson drives his favorite black 2008 Toyota FJ Cruiser. Also, he owns a 2002 Lexus SC 430. As per Motor Trend, he learned to drive in a 1988 Oldsmobile while his first bought car was a 1988 Toyota Pickup truck.

The Blood Drive actor is happily married and lives with his wife Catherine Ritchson and 3 kids. The duo married in May 2006, but have kept the further details about their wedding low-key.

Moreover, they are yet to share how and when their relationship began; but allegedly were dating for a few years before exchanging vows. 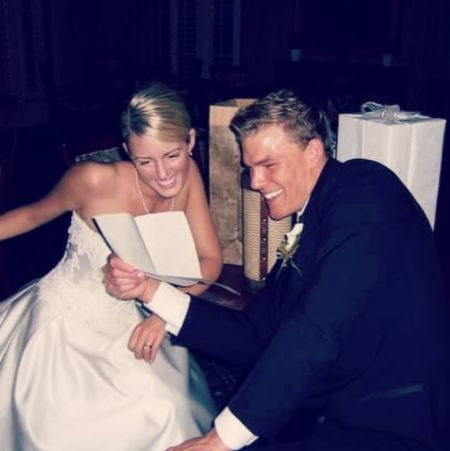 CAPTION: Snap of the wedding of Alan Ritchson and Catherine shared by Alan on Instagram on the occasion of the 15th wedding anniversary SOURCE: [email protected]

Shortly after the arrival of Amory, the Blue Mountain State star went Instagram official about his birth and stated that his third son 'weighed '7 lbs., 12 oz. 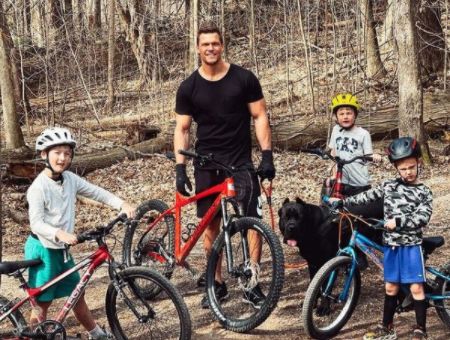 Quite often, Alan Ritchson shares pictures of his family (wife and son) on his Instagram. They go on outings and love cycling. Ritchson is also active on Twitter as well; his account @alanritchson has more than 582K followers as of 2021.