Adrian Rawlins is an English actor. He is known for his role in the movie The Woman in Black and The Woman in Black: Angel of Death and television show Chernobyl and Prisoners' Wives. He is also notable for his work in the Harry Potter film series as James Potter.

Adrian Rawlins was born on 27th March 1958 in Stoke-on-Trent, Staffordshire, England. He belongs to Caucasian ethnicity and holds British nationality.

Adrian is the only son of Mavis Rawlins (Mother) and Edward Rawlins (Father). He was raised in his hometown in Staffordshire by his parents.

He graduated from Technical High School in Stoke-on-Trent and then went on to study at Stoke VI Form College. He later attended Crewe and Alsager College which now is known as Manchester Met and completed his bachelor's in acting.

Adrian Rawlins has an estimated net worth of $1 million. The actor has collected such a good amount of money from his work. He worked in dozens of hit television series and feature films. 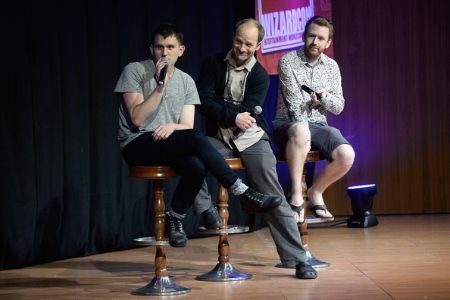 Some of his commercially hit movies are following,

Got Role in Harry Potter Movies

Adrian Rawlins made his acting debut with the main role in television series The Ginger Tree in 1989. The same year, he appeared in the television film The Woman in Black. Rawlins landed his first silver screen role in a movie Breaking the Waves in 1996. 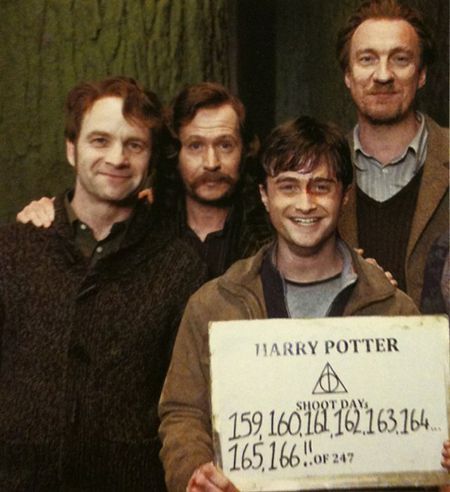 Adrian Rawlins in the set of Harry Potter SOURCE: Pinterest

Rawlins gained wide recognition after his work in the television series Prisoner' Wives series' season 1 and 2 in 2012 and 2013. In 2015, he appeared as Dr. Rhodes in feature film The Woman in Black: Angel of Death.

In 2019, he appeared in historical drama television miniseries Chernobyl and sharing screen along with Stellan Skarsgard and Ralph Ineson. His other work includes television movies The Small Hand and Sanditon. His future project is Undergods.

Adrian Rawlins is not married yet and has also not introduced anyone as his girlfriend. He has clandestine the information about his love life and relationship.

He is also less active on social media like Facebook and Instagram which is why it becomes much hard to trace out much about her personal life.