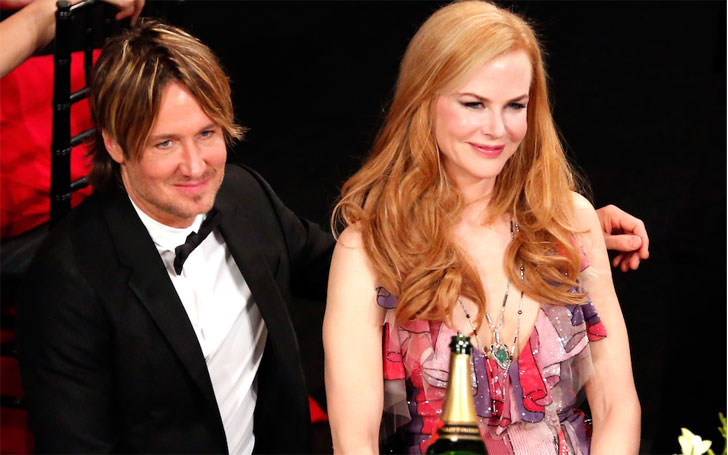 Nicole Mary Kidman is an Australian actress and film producer who is famous for her films and television shows.

Image: Nicole Kidman while revealing her first photo with Keith on The Ellen show

She started her career in the early 1990s and she has worked in numerous films and television shows since then. The beautiful diva is married to Keith Urban, one of the judges of American Idol and The Voice.

Nicole Kidman has been married to Keith Urban, for almost 11 years. The actor visited The Ellen DeGeneres Show on February 9, 2017.

There, she revealed a photo from the first meeting with her husband Keith. She also cracked the joke with Ellen DeGeneres, host of the show.

How did we end up together? The craziest thing is to have a photo of when you first met. Someone just took that photo and sent it to us. I had such a crush on him, and he wasn't interested in me. It's true! He didn't call me for four months.

According to the report, they met during GDA LA in Australia. They exchanged their vows on June 25, 2006, in Sydney.

Nicole was married to Tom Cruise, her co-actor from 1990 to 2001. They met in 1989 while filming the Days of Thunder. Then, they dated for some months and tied their knot on Christmas Eve 1990 in Telluride, Colorado. Afterward, they enjoyed in their conjugal life for 11 years.

The couple welcomed two biological children and even adopted two children. In February 2001, the couple’s spokesperson announced their separation. After two days, he filed for divorce, and the marriage ended in August of that year.

Celebrities’ personal life is always eventful for their fans and followers. Similarly, the actress’ life is also quite interesting for their fans. She has gone through many ups and downs in her life.

Before getting married, she was in a serious relationship with two actors; Marcus Graham and Tom Burlinson. However, she parted with them in a short time.